As the result of the continuous marijuana eradication operation being conducted by PROCOR Cops, Php 51,500,000.00 worth of marijuana plants were eradicated in the mountains of Kalinga from September 13 to 15, 2022. According to the reports submitted to PROCOR Regional Director, PBGEN Mafelino Aspero Bazar, the two (2) marijuana plantation sites were discovered by the joint operatives of Kalinga Police Provincial Office (PPO) and Regional Mobile Force Battalion 15 (RMFB15) in Brgy. Tulgao West, Tinglayan, Kalinga.

The two plantation sites have a total land area of 21,500 sqm planted with 257,500 Fully-Grown Marijuana Plants (FGMJP) with a standard drug price (SDP) amounting to Php 51,500,000.00. All marijuana plants were uprooted and destroyed on-site while an investigation is ongoing to identify possible cultivators.

The weeklong manhunt operations conducted by PROCOR Cops have resulted in the arrest of 46 individuals wanted by the law. Based on the records from the Regional Investigation and Detective Management Division (RIDMD), from September 4 to September 10, 2022, Baguio City Police Office recorded the highest number of arrests with seventeen (17) wanted persons arrested followed by Benguet PPO with twelve (12) arrests; Kalinga PPO with ten (10) arrests; Abra PPO with three (3) arrests; and two (2) arrests from Ifugao PPO and Apayao PPO.

The weeklong manhunt operation was highlighted with the arrest of five individuals listed as Most Wanted Person, of which, one is listed at the Provincial Level, two at the Municipal Level, and another two at the Station Level. At the Provincial Level, suspect Federico Drapeza Ochinang, listed as No. 8 MWP, was arrested by operatives of Baguio CPO by virtue of a warrant for Lasciviousness Conduct in relation to RA 7610. At the Municipal Level, Suspect Ronald Acdowang Mangay-ayam, listed as No. 1 MWP, was nabbed by the operatives of Benguet PPO by virtue of a warrant for the crime of Statutory Rape while Eugenio Batoy Bakilan Jr., listed as the No. 9 MWP, was nabbed by operatives of Kalinga PPO for Acts
of Lasciviousness. 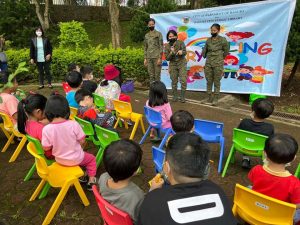