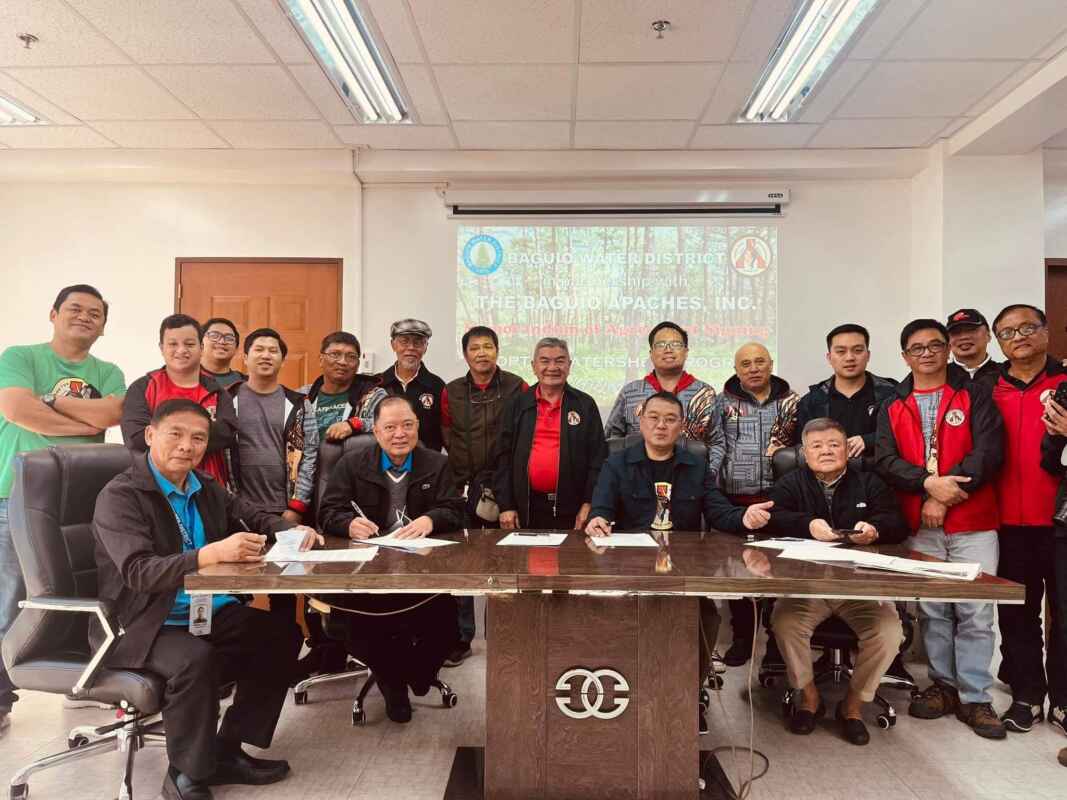 Photo from the Baguio Apaches

Apache throws full support to BWD’s adopt a watershed program. The all Baguio boys club founded in 1939 has adopted the Camp 8 watershed for its tree planting activities and further give its climate change campaign a further shot in the arm after putting its support to the reforestation program of the Baguio Water District Monday.

It was the first act of newly inducted chief Jonathan Vergara after the Baguio Apaches signed the memorandum of agreement with the BWD to be part of the latter’s  adopt a watershed program. Vergara, a BWD director representing the civic sector, penned the MOA with BWD general manager Salvador Royeca, Jr. in the presence of Apache members including past chiefs Reynaldo Bautista, Sr., who signed as a witness, Jun Tabanda and Rudolfo Paraan. BWD manager on non-revenue water management division chief Fernando Peria signed as witness for the district.

The agreement which is renewable every three years will see the Apaches help the BWD in the protection and maintenance of the city’s watersheds which is the largest source of water for the city. This is “through tree planting, nurturing and other related activities and assistance in the prevention of forest fire, illegal cutting, squatting, kaingin and other unlawful acts;…” With the MOA signing Monday, the BWD now will help the Apaches in identifying a specific area, conduct orientation as to the proper implementation of the activities, conduct necessary preparation at the identified area, provide seedlings for the activities and supervise the implementation of activity.

The Apaches, meanwhile, need to “coordinate with and seek approval of BWD prior to the implementation of any activity in the assigned area;…” The Apaches are also tasked to plant tree, nurture same and other related activities as well as provide assistance in the prevention of forest fire, illegal cutting, squatting, kaingin and other unlawful acts. The Apaches are also tasked to keep the surrounding clean, provide markers and submit annual accomplishment report for evaluation and monitoring purposes. The Apaches is one of the civic organizations that threw its support to the local government’s effort to address climate change and reduce carbon footprints.

Vergara, who was inducted to office last December 30, said that he will discuss with the Apache membership how they will proceed with the project very soon so they can start implementing it. It was actually the Apaches that nominated for the post vacated in December 31, 2019 and was appointed to the post by Magalong in January 2020. Another Apache member, Eliseo Lagman, also an engineer assumed his post as a director of the BWD board representing the professional sector. It was a position held by his late father Felino, who died in October last year and with the younger Lagman taking over the position vacated by his late father until the end of term last December 31. 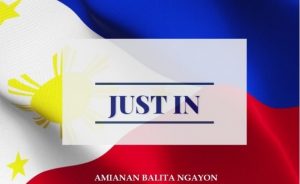 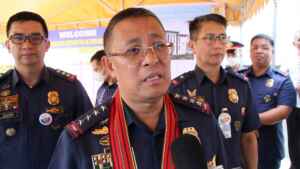