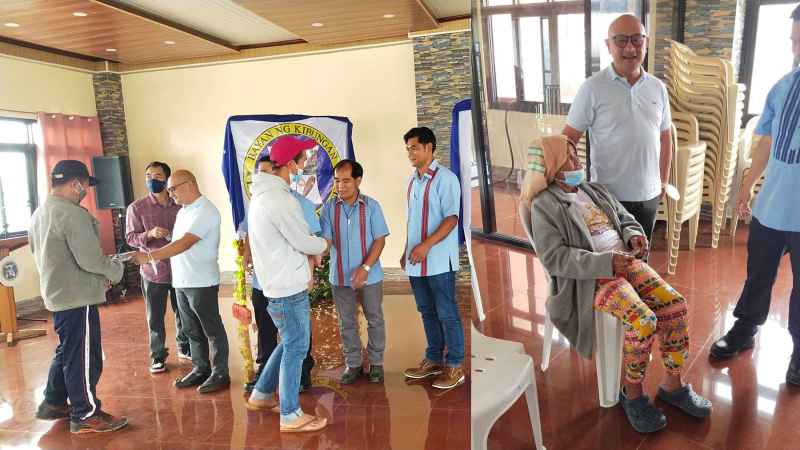 Fifty-one (51) families in Kibungan, Benguet whose houses were damaged during the July-27 earthquake that jolted Luzon received financial assistance from the Provincial Government of Benguet headed by Governor Dr. Melchor Daguines Diclas.

According to Governor Diclas, who visited the earthquake victims during the distribution of the financial assistance on October 19, the Provincial LGU released funds in the amount of P765,000.00 which was distributed to families coming from seven barangays of the said town. Fifteen (15) are from Tacadang, one from Badeo, 16 from Lubo, four from Madaymen, six from Palina, seven from Poblacion, and two from Sagpat. Further, Governor Diclas said 15 quake-affected families from five barangays in Atok, Benguet also received the same financial assistance last October 18.

Additional two families in the municipality were also given cash aid after losing their homes in a fire incident. A total of P255,000.00 cash assistance was given to the beneficiaries. The two towns were among the most hit municipalities in the province during the July-27 earthquake listing a high number of evacuated families.