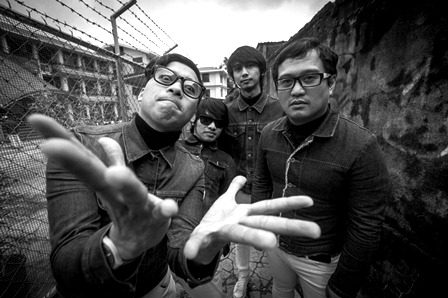 Baguio bands last Feb. 2 formally bid farewell to Oliver Arthur “Buda” Mina who met his untimely death in a motorcycle accident in Phuket, Thailand last Jan. 25 with his family still hoping to raise funds to bring his body back home.
Bong Manansala and his The Edralins led local bands in the Friday gig at 18BC, which they have called home for more than a decade, as they remembered the affable drummer who was part of both The Spaceflower Show and The Edralins.
Mina, the scion of a family of musicians whose father Art and uncle Tito, a famous 70s singer, were 70s legends, left for Thailand in 2014 in search for greener pasture. He was on his way home after his regular gig aboard his motorcycle when a wayward motorcycle riding woman smashed into his vehicle causing the death of both riders.
“It is just so sad and tragic that our friend and band member who is like a brother to us died that way,” said Manansala.
“Sobrang tahimik at humble,” recalled Manansala, who recorded two albums with Mina in 2005, one of which was not released because the front man suffered a heart attack and had to quit the rigorous musician’s life for years.
Their sole released album Boogieman with the carrier song of the same title was a hit. Another single, a cover of Salawikain, was recorded later to pay tribute to the Apo Hiking Society whose members Jim Paredes, Buboy Garovillo and singer Danny Javier were impressed with their musicality.
Manansala returned to the music scene only in 2009 when he recovered from the attack to form his present band which is actually his second name that now includes former Spaceflowers like Jeng Nufable on guitars and cousin Pot Quiambao on drums and newbie Joey Almoete on bass.
Mina later replaced Quiambao on drums before his departure for Thailand in the hope to give a better for life for his small family. But his only son died last December making it more tragic for his wife Jheng. His father Art suffered a heart attack in the late 2000s and died some five years ago.
Manansala formed the fund raiser “A Song for Buda (Minsan may isang kaibigan)” that also got live performances from 18BC regulars like PowerPuff Corn and Rough and Ready, Déjà Vu, Ibarra, BOT Project, Head Rush Hour, Blues Almighty and the Spaceflower Show.
“Our former bandmates came back just to remember Buda and how we braved the rigours of recording an album in Manila more than a decade ago,” said Manansala.
Manansala says that they will repeat the fund raiser at another bar to be able to help out raise the needed money which is close to P300,000 to bring back Mina’s body.
“The Friday gig was a success, but we can only raise so much at a venue with a limited capacity, we will repeat ‘A Song for Buda’ on Feb. 11, Sunday at Ki’kan,” he added. PR/ABN

CITY OF BAGUIO – The Department of Transportation (DOTr)-Cordillera has apprehended some 64 colorum vehicles since January 2018. This was...