BAGUIO CITY- A local court here found a drug trade ‘boss’ guilty of drug sale and sentenced him to life imprisonment and also ordered him to pay P500,000.00 for drug violations. Rommel Yanis Baucas, 54, was further sentenced by Regional Trial Court Branch 5 Judge Maria Ligaya Itliong- Rivera to another 12 years in jail and paid P300,000 more for another drug violation, thus keeping him behind bars for at least 42 years.

Life imprisonment (reclusion Perpetua) is a minimum of 30 years and one day and a maximum of 40 years.

Baucas, who “hid” as a highland vegetable businessman fell on September 23, 2020, after National Bureau of Investigation (NBI) Cordillera agents aided by Baguio City policemen and Regional Special Enforcement Team of the Philippine Drug Enforcement Agency (PDEA) agents on beside a big mall here where he sold P10,000.00-worth of methamphetamine hydrochloride or shabu in two separate sachets to his “runner” (retailer) whom he did not know has turned government informant.

The trade of Baucas was confirmed by a former drug-user turned informant to the authorities. The informant also said that Baucas is also a drug user and has also offered him to look for buyers of shabu but did not do it as he is a reformed one.

Before Baucas was caught, NBI agents conducted two test buys, the second a day before his arrest where the government informant was equipped with a surveillance camera on him while being monitored by agents nearby.

NBI-Cordillera regional director Atty. Cesar Bacani, while congratulating those who took to heart their essential roles in the successful prosecution of Baucas vowed, “this victory is yet another inspiration to do good in our mandate in running after criminals and do better in performing our task in the name of justice.” 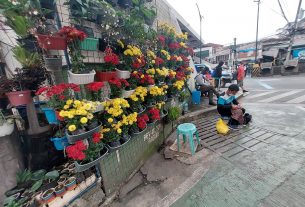