BAGUIO CITY – Baguio’s first of a kind foot race that combines road and trail run with a food and music festival is moving at fast pace with the backing of the city government and its beneficiary, the Baguio General Hospital Medical Center Dialysis Center, stating its heartfelt thanks for the run organizers donations long before the event day.

“It is looking good,” said Project 7’s (P7) Bong Reyes, organizer of the Kalayaan Run Music Festival to be staged on June 9 at the Scout Barrio grounds.

“The runners are slowly coming in but we expect most of them to register in the last days of registration which is our usual experience in any race,” said race director James Tellias of Team Pinikpikan who placed fourth in the North Face 100 in 2015 here.

The organizers are more optimistic now after Mayor Mauricio Domogan signed Administrative Order 51 last May 15. Said AO will take care of the traffic clearance as well as an exemption from the Department of Social Welfare Development. It will also allow the organizers to place tarps promoting the event in key areas of the city, both at the heartland and around the venue.

P7 is also eyeing the staging of a photo competition on June 9 and an exhibit at the city’s main street with the conclusion at the People’s Park for a separate day-long event as an off shoot of the run.

“We are still finalizing with the tourism office on how we will conduct said photo display,” Eric Coronacion said about the photo contest where shoots will be about the run and the activities at Scout Barrio.

P7 is eyeing a display and judging of the works of the photo finalists, 30 in all, along Session Road. Photos will be blown up to 2 by 3 feet tarps and mounted on an easel to be displayed and judged by evaluators mostly photo experts. A separate exhibit will be staged in one of the stalls at PortaVaga Mall, which is one of the event’s major sponsors.

“I am really excited about the photo contest,” said Eros Goze, co-chair of the photo contest component of the Kalayaan Run. Target date is July 7 where various artistic displays and presentation will be held also in support of the city’s Creative City thrust.

Meanwhile, Tellias said that the three runs will start and finish at the Scout Barrio ground and will course through Loakan Road. The 3-kilometer component will have its U-turn at the front of the Voice of America gate, while the longer runs will proceed to Kadaclan for the trail component until the Yellow Trail.

The runners for the longer runs will proceed to the US Ambassador’s House, where the racers split up with those entered in the5-kilometer run heading to the horse through, near the Filling Station before going back to the finish line. The trail component is half of the total route.

On the other hand, the 10 milers will go left of the trail leading to gate 3 of the former American Base then out to the Baguio Country Club then turn back heading to near the frontage of the US Embassy and follow the same route as the 5-kilometer runners.

Runners for the longer races will be greeted by djembe (a kind of drum) players near the frontage of the US Embassy and at the horse through. The trail component is eight kilometers and as long as the road part.

Coronacion said that they will install a main tarp measuring 100 feet by 40 feet with the center as a stage and the performers having a 360 degree perspective of the audience.

He added that some 28 10 feet by 10 feet booths will be set up around the main tent for the food concessionaires who will sell local and not the run of the mill food.

Some 15 bands, including The Edralins and PowerPuff Corn, aside from three deejays have already signified their intent to play for the event from 12 noon until 12 midnight.

Runez wrote: “The donated items will be most beneficial to our indigent dialysis patients.”

The dialyzers were received by the BGHMC Dialysis Center last April 28.

On June 9, dialysis patients from said hospital will be ferried to the event ground and will be treated with lunch and serenaded by musicians kicking off the music fest also.

Reyes said that the donation will not end there. “We will still give some donations in the future. We will just surprise the beneficiaries,” he added. 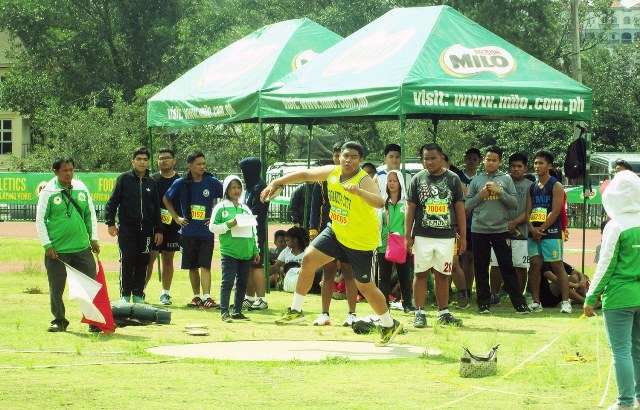