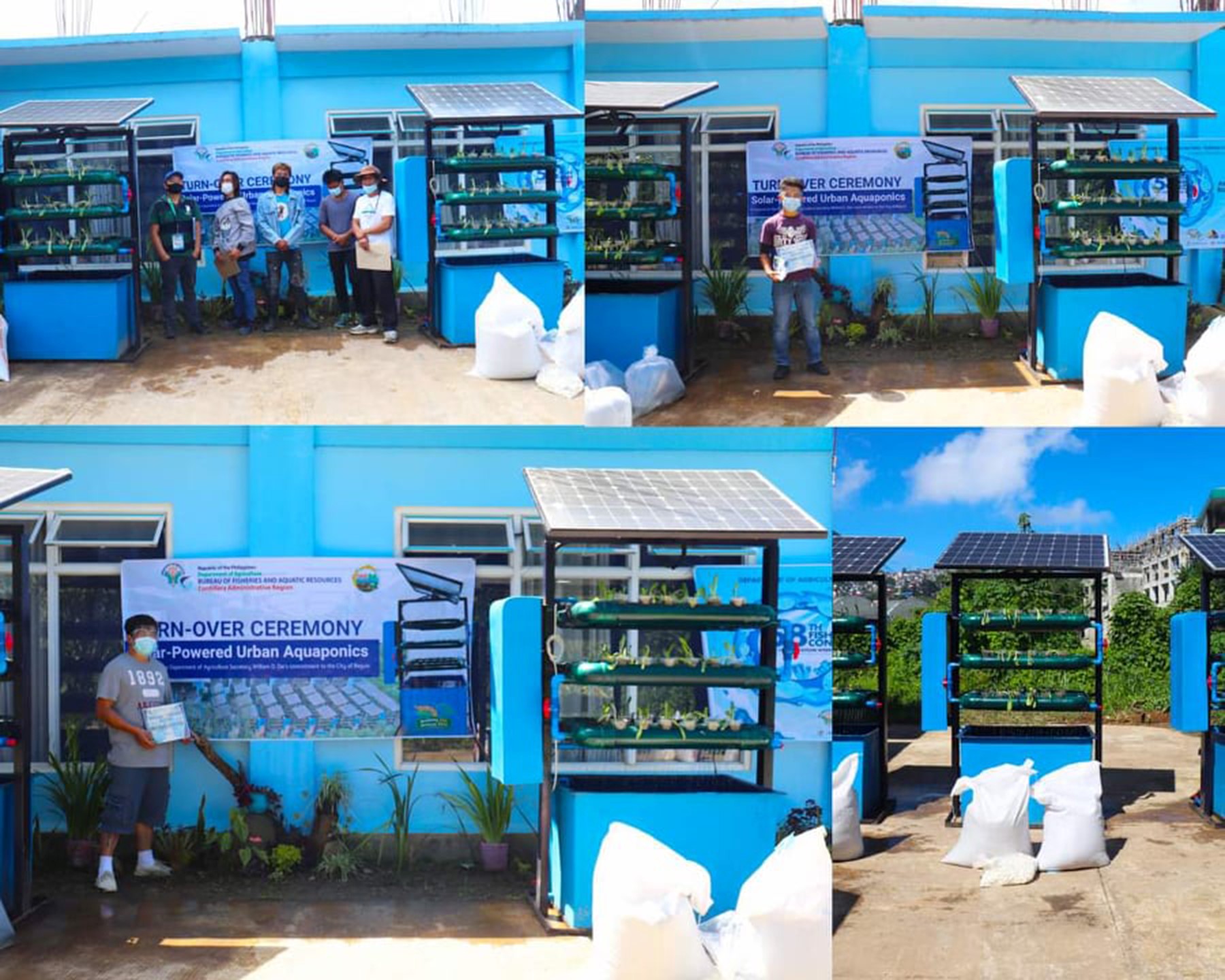 To improve urban food adequacy levels through increased food crops, fish production, among others, twenty units of aquaponics system were partially distributed to the first batch of recipients in the City.
These urban aquaponics is part of the 50 units commitment of the Department of Agriculture Secretary William D. Dar to City Mayor Benjamin Magalong.
According to Bureau Fisheries Aquatic Resources-Cordillera (BFAR-CAR) which led the initial distribution recently was part of the activities that marked the observance of the 58th Fish Conservation Week observed every 3rd week of September.

Each unit of the aquaponics system include solar panel, inverter, battery, fish tank, frame, socket, filter rings and water pump alongside with the project inputs such as feeds, tilapia fingerlings, and seeds to initially grow.

A Memorandum of Agreement (MOA) was entered into with the BFAR-CAR and the City of Baguio as part of the measures to ensure sustainability of the project.
The urban aquaponics system will serve as an additional source of readily available food in each household amid the COVID-19 pandemic.
Historians said aquaponics can be traced back to the Aztec Indians who raised plants on rafts on the surface of a lake around 1000 AD.
Aquaponics is a cooperation between plants and fish and the term originates from the word aquaculture (the growing of fish in a closed environment) and hydroponics (the growing of plants usually in a soil-less environment).

Photo Caption – SOLAR-POWERED URBAN AQUAPONICS: The first batch of recipients in the city show partial of a “modern food production system” aimed to ensure food safety in each household.