MALASIQUI, Pangasinan The Department of Labor and Employment in the Ilocos Region (DOLE-1) reported that 2,173 or 86.71 percent of the 2,506 establishments in the area are compliant with the general labor standards. In an interview on Thursday, DOLE-1 information officer Justin Marbella said some 475 establishments were inspected in Ilocos Norte, 609 in Ilocos […]

SAN EMILIO, Ilocos Sur Department of Health – Ilocos Region yesterday started its distribution of Nutribox packages for pregnant women. “The nutribox is a diet supplementation package for the First 1000 Days program for pregnant women to prevent the prevalence of low-birth weight prevalence in the region, especially those living in remote communities and Geographically […] 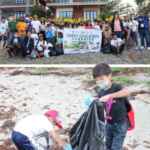 PGLU EMPOWERS CHILDREN OF LA UNION AS PROTECTORS OF ENVIRONMENT

SAN FERNANDO, La Union One can never be too young to be an Eco- Warrior and Environmental Protector. That is what the learners from Canaoay Elementary School in San Fernando City, La Union had proven as they become the first school in the province to take part in the Green Education Project initiated by the […]

AGOO, La Union Heaving a sigh of relief, Agoo, La Union mayor Frank Sibuma, believed that “justice has prevailed” in this week’s final ruling of the Supreme Court upholding his election as the town’s chief executive. The Supreme Court (SC) has reversed two resolutions by the Commission on Elections in May and June 2022 cancelling […] 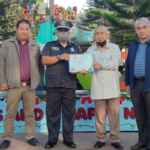 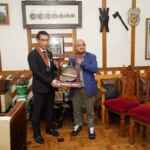