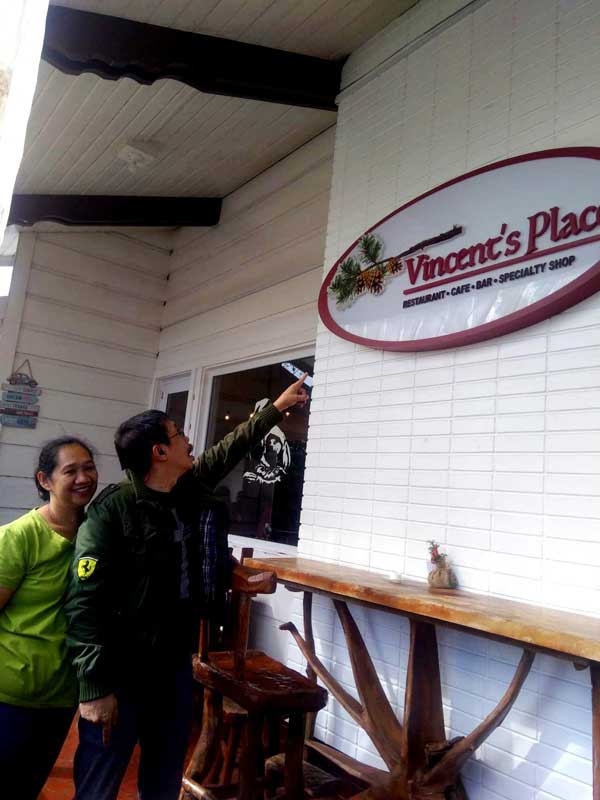 BAGUIO CITY – Not everybody can know the situation I find myself in but they do try their hardest to empathize. Sometimes they succeed, most of the time… well.

Take my eldest daughter for example.

Last Sunday (January 6), on the spur of the moment, my family decided to eat lunch out. Now this isn’t new, we go out for lunch a lot. But my dining options are limited by my neurologist. You heard right, my doctor, who advised me to cut down on cholesterol, fats, especially the saturated kind, and sodium or salt. Any foodie will tell you that these three, especially salt, make up good taste. So my choices for eating out these days are limited to four: one along Session Road, and the rest are located in a mall atop a hill.

On that Sunday we decided to try this restaurant which sister Leena (Savelion) recommended. It was a mixture of apprehension and excitement that I agreed to go to this resto offering ‘healthy’ dishes.

Anyway, as soon as I was settled neatly in my chair, my eldest blurted out behind me, “They have pecan pie chocolate, apple pie, and banoffee (banana and coffee),” she teased knowing my recent addiction to sweets. “Banoffee!” I answered knowing that the other dessert options at Vincent’s Place would either be too salty or have too much butter in them. But we eventually agreed to postpone dessert selection as we dove into the menu.

The offerings of the restaurant were mainly Cordillera fare, which is heavy on salt and fat. This is little surprise since Vincent’s Place was inspired by Cordillera cuisine, Mark, the acting captain of the place, explained much later. There was the ever Cordillera favorite pinikpikan, pinapaitan, pulpogan, and bbq sauced dinardaraan. It was food for a canao with everything my doctor said I shouldn’t have but in a fine dining setting.

I chose the safest on the menu which was seafood sinigang sa miso while the rest of the brood went pig wild ordering pork sisig, pulpog and two kinds of pizza – canao (topped with kiniing, pinuneg wheels or slices, bbq sauces, cheese and red onions – to keep it healthy), and 4-cheese. Of course these were just samplers for my foodie family, well no longer for me.

When the food arrived no one took a pic because we were so hungry after the noon mass and staying true to our foodie tradition of dive-right-in-as-soon-as-the-food-comes. I was surprised with the sinigang. First, it wasn’t salty at all, the shellfish were tender and fresh (they neglected to de-vein and unshell the teeny-tiny prawns and there wasn’t enough salmon belly to go around, however) and the miso wasn’t too sour (there was actually the merest hint of acidity. What was really revealing were the other dishes in front of us.

My wife gave me a slice of 4-cheese. The rare treat was gobbled down in seconds and I found myself asking for seconds. Cheese is actually good for stroke survivors like myself, my readings on the food revealed. Cheese is filled with protein but low in calories also cheese is packed with vitamin A and calcium. Just be careful not to over indulge because the fat and cholesterol content may be manageable, the salt content can be high. Two slices is good for me.

The kiniing pizza was likewise a revelation. The kiniing was of course salty, it’s in the nature of its preparation and preservation. But Vincent Place’s kiniing wasn’t as salty as I imagined. Still one bite was all I was willing to risk that day. The pulpog was roasted from lean pork, as in I could see a shred of fat in any of the slivers, then again it was too salty for but not or the rest of the family. The leanness of the meat continued with the sisig, but again I only tasted a bit (because of the egg).

It was a meal expertly made and prepared by the sizzling tofu chefs of Vincent Place led by veteran Andy, Pat, Odi and Ken. Despite my condition I had to ask Mark if their kiniing was for sale, but alas for us, it wasn’t and exclusively prepared by the kitchen for the restaurant. I look forward to sampling their other culinary creations like the kare-kare bagnet, sizzling tofu and kinuday and bbq ribs as well as the others like the dinuguan. Don’t worry doc, I will only taste and not all in one sitting.

Besides there are the grilled salmon, fish and fries, and seafood medley to gorge myself on.

What really blew my mind however, was dessert. Oh I eventually decided on the pecan pie, rationalizing that I already ate as much salt I consumed the entire holiday break, another milligram or a hundred wouldn’t hurt (besides the meds help me manage my intake). Just to explain a bit traditional pecan pie calls for an egg custard filling which is the reason for my wariness. A single egg yolk already has two and a half days worth of cholesterol, a pecan pie custard filling recipe calls for 24!

Not so the Vincent Place pecan pie since pastry chef and creator Kleng replaced the traditional filling with kamote mash. It was sweet as expected but the recipe only needs an egg or two.

All in all it was a fun-filled afternoon for us (even the love birds which greeted us were in pastel colors) and a revealing one at that. Canao fare could find a place in a fine dining setting, well as fine a dining as this city can offer. And it could be healthy enough for those not on a low sodium diet. What else can we expect from a resto run by the diocese of Baguio?

Something good is what.

Vincent’s Place is located at No. 8 Loakan Road Baguio City. They are open Monday to Saturday from 11am to 10pm and Sunday, 11am to 9pm.
(Author’s Note: If you have no idea on the food mentioned here then you’re missing out of truly delicious food. It is advised for you to contact your closest Cordillera friend so you can experience a genuine canao.) 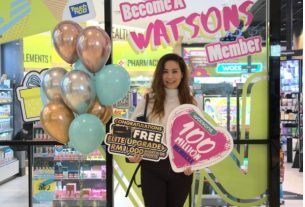 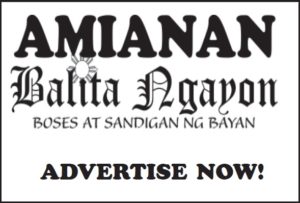