Councilor Elaine Sembrano has proposed an ordinance institutionalizing the annual celebration of the Gong Festival in the month of October and appropriating funds.

The proposed ordinance aims to create a venue for the convergence of the various cultural groups in the Cordillera and other parts of the country where they would be able to share their knowledge.

The institutionalization of the said festival also seeks to instill into the youth the value of tradition and indigenous culture as well as enliven Baguio City’s culture, arts, crafts and heritage in support of the city’s status as one of UNESCO’s creative cities.

The Gong Festival, which was conceptualized in 2012, started from a spontaneous walk along the main thoroughfares of the city in order to promote the film Kanan Kanu by its cast and crew wearing G-strings and holding spears and shields.

Under the ordinance, an amount of Php 200,000.00 or so much thereof shall be allocated annually in the budget of the Tourism and Special Events Division under the City Administrator’s Office for the purpose and shall be utilized in accordance with accounting and auditing rules and regulations.

For the proper implementation of the Ordinance, the City Mayor through an executive order shall constitute the Gong Festival Committee to be composed of the City Mayor as a chairperson, president of the Indigenous People’s Education for Arts, Culture and Empowerment Inc. (IPEACE) as a co-chairperson.

The following as members: Sanggunian’s Committee on Tourism, Special Events, Parks and Playgrounds Chairperson; Sanggunian’s Committee on Education, Culture and Historical Research Chairperson; two representatives from the Indigenous People’s Education for Arts, Culture and Empowerment Inc. (IPEACE); Tourism and Special Events Division under the City Administrator ’s Office; a representative from the Department of Tourism-CAR and other members as may be deemed necessary, once convened by the City Mayor.

The Gong Festival Committee shall prepare the implementing rules and regulations for the ordinance and other necessary guidelines for the successful implementation of the Festival.

The functions of the committee shall also include the preparation of the activities during the month-long functions and coordination with the different IP communities/groups for their active participation during the celebration, among others.

The proposal has been approved on first reading and referred to the Sanggunian’s Committee on Tourism, Special Events, Parks, and Playgrounds for review and recommendations. 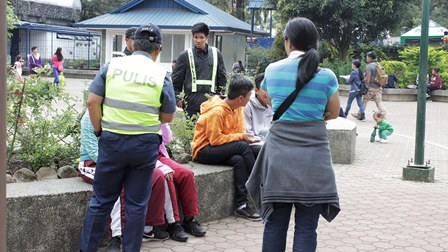 Baguio City still not opening up to tourists