LA TRINIDAD, BENGUET – The volume of highland vegetables being traded at the Benguet Agri Pinoy Trading Center (BAPTC), this town, has increased compared to the previous years of its operation.

The BAPTC management and staff informed DA-CAR Regional Executive Director Narciso A. Edillo in a meeting here yesterday, January 10, 2018, that “the favorable increase on the volume of vegetables last year” can be correlated to the increasing transaction done with “more individual farmers, market facilitators, buyers and transport groups actively using the center for their trading activities.”

The BAPTC is also hoping that the delivery of the new carrot washing facility, will attract more farmers and traders who will actually cooperate and bring their business into BAPTC. The meeting was undertaken to brief director Edillo on updates pertaining to the Center’s operations focusing on its accomplishments during 2017.

Meanwhile, director Edillo congratulated the BAPTC for their help in facilitating the granting of Agricultural Policy Council (ACPC) loan to the farmers and at the same time, facilitating a 100 % pay back from the beneficiaries.

This is one way in which BAPTC can be relevant in advancing the DA’s 10 point priority agenda under the Duterte Administration, according to director Edillo.

He encouraged the BAPTC to help in sustaining food sufficiency, particularly in marketing and trading of basic agricultural commodities that primarily benefit farmers and the consumers of their produce.

Director Edillo said that he was “proud of the establishment of the BAPTC for the trading and marketing of highland vegetables.” However, he looks forward to better and improved operations of the center this year.

“I wish the BAPTC all the best in maximizing its facilities not only for trading, but also for training, reducing production and labor costs, developing new technologies , and solidifying relationships with local farmers,” director Edillo said. ynapuy, PR / ABN 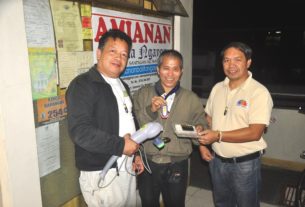 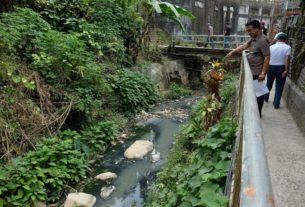