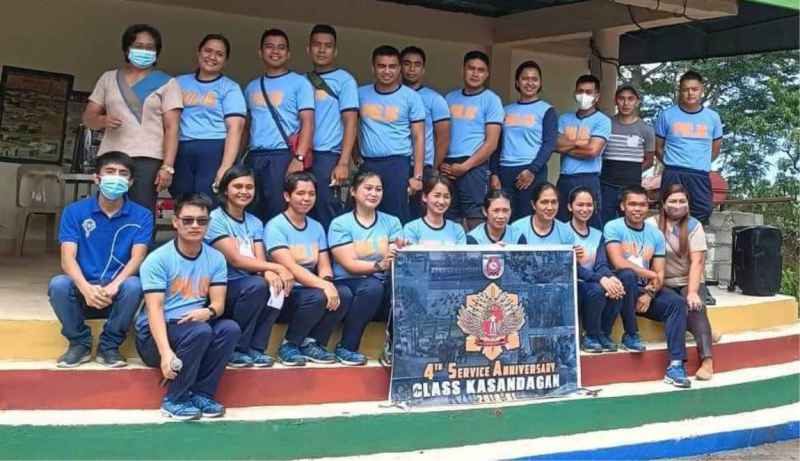 Class Kasandagan- 2018-01 celebrated their 4th year class anniversary in Indaoac Elementary School
on October 4, 2022. Indaoac ES learners and teachers celebrated with them as they commemorate their
anniversary as brave, honest and caring policemen and women. As part of the celebration, a simple program, lectures on “Say No to Drugs” campaign, antibullying and taught dance steps to the children highlighted their cause.

School supplies like pad papers, ballpens, pencils, crayons and notebooks were received by the learners.
Teachers also received a bag of tokens that can be used in the teaching-learning process such as ballpens, chalk and lesson plan notebooks. Food packs were also prepared for 54 learners, 3 teachers and for everyone who attended the celebration. “It is our desire to celebrate our anniversary by giving back to the community and to show simple act of kindness to inspire and spread positivity that n matter what, life is still beautiful,” said Patrolman Rhodalyn V. Dagman, the coordinator and representative of the class Kasandagan- 2018-01

“This year we chose to reach and inspire the students of Indaoac Elementary School as despite of its present circumstance of not having enough facilities to cater the needs of the students, being a multigrade school with only three teachers, is still looking forward living its mandate to provide basic education to the
children. Well, of course, with unity of the parents and barangay officials, the teachers and the learners,” she added.

The children also surprised these men and women in uniform with their simple tokens of gratitude – the
product of the community lemon. These young and energetic men and women in uniform took oath to serve God and country four years ago on October 1, 2018. Forty-two of them were assigned in Benguet.
On the other hand, Mr. Renato and Mrs . Amy Ronabio from Canada donated school supplies to the learners on October 17, 2022.

Their endeavor started way back 1997. They put up a small business in Canada – Renery Mart and started the Renery Foundation. “Alam naming sa small thing na nakapagpasaya lalo na sa mga bata, iba yung feeling at nung mga bata pa kami we know na hard ang buhay to reach what we have today… ,” Amy sent through messenger. The children sang a thank you song being recorded and was sent to Mr. Renato and
Mrs. Amy Ronabio for them to watch.

THE FULL OWNERSHIP of SALENG SPA and WELLNESS TOWERS