This after Lawlor, State prosecutor Flosemer Chris Gonzales, Acting Spokesperson of the NTF-ELCAC said, “made sweeping, baseless conclusions and accusations against the Philippine government using the term red-tagged in what can be clearly seen as a complete re-echoing of the propaganda lines of the CPP-NPA-NDF and their allied front organizations.”

It is sad, if not tragic, that the UN Special Rapporteur “lost all sense of objectivity in issuing a statement that is full of bias, prejudice, and literally maligns the Philippine government.” Lawlor had appealed to the government of the Republic of the Philippines to abandon the charges filed by NSA Hermogenes Esperon, Jr. against KARAPATAN and GABRIELA.

The NTF-ELCAC also chided Lawlor whom it said, “clearly has not been to communities that were at the receiving end of the most heinous and atrocious crimes committed by the CPP-NPA-NDF terrorist organizations and by their allied front organizations masquerading as
human rights defenders.”

Clearly, this biased rapporteur has not spent time with former CPP-NPA-NDF cadres who unmasked and exposed the atrocities committed by the terrorist organization against the Filipino people, it added.

“Her appeal is clearly out of line.” Gonzales added that Esperon filed the charges against Karapatan and Gabriela based on facts.

“She should have read the facts first before she made her appeal. While she has the freedom to express her sentiments and her opinions on
the subject matter, “ the state prosecutor Gonzales said.

The NTF ELCAC also claimed that the allegations against the Philippine government are false. “As a rapporteur, the least that she can do is to check her facts. It is incumbent upon her to verify firsthand what she hears and reads over the mainstream and online news outfits which at some point, are not fair and accurate reports of the facts on an incident or issue but more of “marites” type reporting that is biased, slanted, and prejudiced reporting.”

The NTF ELCAC also is urging to make an apology to the Filipino people “for the statements that she issued based on false information or
information that she may have gathered from gossip vines [a.k.a. marites news networks].” In this case, she miserably failed to check her facts, Gonzales stressed.

“She should have exercised prudence before she accuses the Philippine government of purported human rights violations.” Had she done her job, “Lawlor would have instead reported that the CPP-NPA-NDF has committed crimes against indigenous peoples’ communities, murdered innocent civilians, children, raped and molested women, destroyed property, and have been engaged in extortion activities and a multitude of other crimes against the Filipino people.” 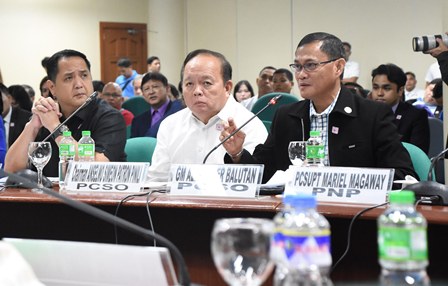