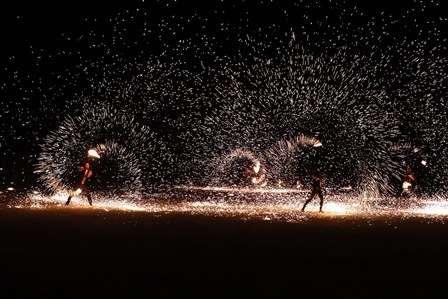 Fireworks illuminated the night sky on Sunday (April 8) in San Fernando, La Union as another amazing festival of lights capped off this year.

Thousands of spectators gathered at the baywalk for the three-day Sillag Poro Point Festival of Lights, an annual summer festival organized by the Poro Point Management Corporation (PPMC), a subsidiary of the Bases Conversion and Development Authority (BCDA).

The festival is being held not only to encourage tourism and investments at the Poro Point Freeport Zone, formerly the Wallace Air Station, but also to underscore the parallelism with the Poro Point Lighthouse as a beacon of hope.

Sillag comes from the Ilocano word “sellag” which means moonbeam or illumination from the moon. It is a tribute to the role of the old lighthouse in guiding the fishermen home.

Activities began just as soon as it got dark. As attendees waited for the sun to set, they were able to go food tripping in the numerous booths just across the baywalk.

The activities of the Sillag festival each have meaning; for instance, the Street Dancing Competition joined by seven schools shows that each person can be a source of light to his fellow human beings.

Bands such as Shamrock, True Faith, 6CycleMind, and Ex Battalion played covers and their most requested hits.

The last day of the festival drew 65,000 attendees with the Alab Poi Fire & Led Dancers putting a great show followed by a 12-minute pyromusical show.

Hotels like the Santorini-inspired Thunderbird Resorts & Casino were fully booked throughout the Sillag festival.

“La Union is becoming the number one destination in the north. Our vision is that we want to be the leading resort in the north once we finish all our exciting developments here,” Thunderbird General Manager Marvin Lanuza said.

The spectacle of fireworks and colorful lights is truly something to look forward to next year. PR / ABN 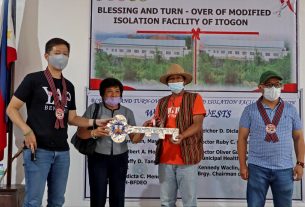