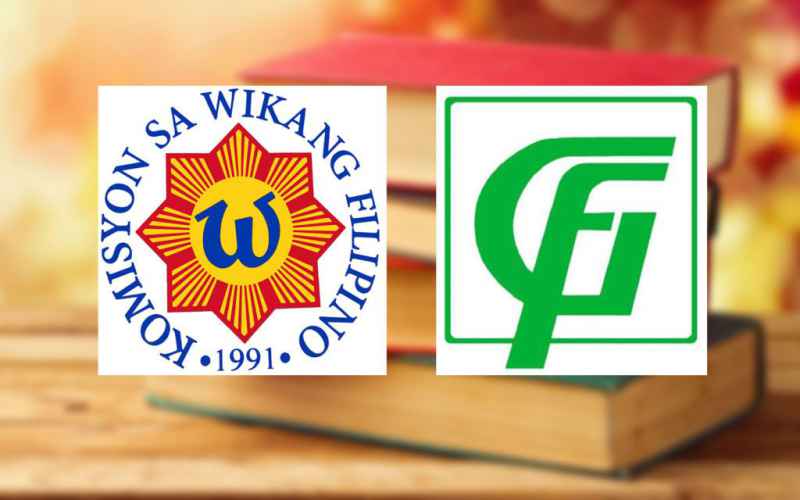 LAOAG CITY, ILOCOS NORTE – Ilokano writers groups and various stakeholders of the Ilokano language are calling for the resignation of Komisyon ng Wikang Filipino (KWF) Chairperson Virgilio Almario and commissioner for Ilokano language, Purificacion Delima.
This following the October 18, 2018 launching of KWF-proposed “Ortograpiya ti Pagsasao nga Ilokano” at the education department’s regional office in Regional San Fernando City, La Union.
The Ilokano writers’ groups during a press briefing at the Mariano Marcos State University (MMSU) here accused Chairperson Almario and Commissioner Delima of “incompetence in preparing the Ilokano orthography that didn’t conform with the existing orthography being used by the Ilokano writers and experts.”
The Gunglo Dagiti Mannurat nga Ilokano iti Filipinas (GUMIL–Filipinas) led other groups of Ilokano writers including the International Committee for the Protection of the Ilokano Language and NAKEM Youth and Nakem Conferences International, academicians in Regions 1, 2, 3 and Cordillera Administrative Region (CAR), in protesting against the newest edition of the KWF Ilokano orthography.
GUMIL-Filipinas president Vilmer Viloria said, the newest KWF’s Ilokano orthography has created confusion among the students who are learning the Ilokano mother-tongue language. “While we support the initiative of the KWF to develop the National Language, we take exception to the move of KWF Chairman Almario to compel a regional language like the Ilokano to use the standards set by the Ortograpiyang Pambansa, disregarding in effect the existing and popular or standard Ilokano orthography.”
KWF is out to destroy the distinct characteristics and identity of the Ilokano language, and eventually the language itself, he explained, while adding,  “this is contrary to the mandate of KWF, that is, to further develop, enrich, propagate and preserve Filipino (the National Language) and other Philippine languages.”
Viloria added, “We insist on the present Ilokano orthography which has existed for decades, used by most Ilocano writers and has been the basis for spelling of volumes of publications such as Bannawag and the Ilocano Bible.”
Multi-awarded Ilocano writer, educator and Ilokano language expert Joel Manuel, said, the KWF’s version of Ilokano orthography “will destroy the unique and rich culture of Ilokano language.”
The Ilokano language has been standardized with the publication and distribution of the Tarabay iti Ortograpia ti Pagsasao nga Ilokano (Guide to the Orthography of the Ilokano Language) by the KWF itself in 2012.   The KWF 2012 “Tarabay” was formulated by the commission upon proper consultation with language experts, writers, editors and teachers, using the standards long employed by the writers and editors of Ilokano dictionaries, existing Ilokano magazines and newspapers, and other publications and the basis of the Ilokano form as taught in the University of Hawaii, Manoa and at state universities in the Philippines offering courses in the Ilokano language.
Viloria lambasted, “Even Purificacion Delima herself, the commissioner for the Ilokano language at the KWF, who invited the non-experts to prepare the draft in only a few days, has not shown expertise in the Ilokano language in its written form.”  Changing any established orthography should have been done by consensus of those that are affected by such change, he stressed.
KWF apparently only consulted teachers and school officials of the Department of Education in Ilocano-speaking provinces being the target users of the KWF Ortograpiyang Ilokano in teaching the Mother Tongue-Based Multilingual Education (MTB-MLE).
Ilokano writers believe “forcing upon our Ilokano children the Tagalog-based orthography in the classroom only gives them spelling rules different from what substantial numbers of speakers are already acquainted with and from existing printed materials that use the long established orthography, thus sowing confusion in using the language.”
GUMIL Filipinas working for all aspects of growth and development of the Ilokano language, its literature, culture and history, request the Department of Education, through its Regional Offices in Region 1, 2 and Cordillera Administrative Region, to stop the adoption of the KWF Ortograpiyang Ilokano and avoid confusion in the teaching of MTB-MLE in the classroom,” Viloria urged.
He also encouraged the provincial governments of the Ilocano-speaking provinces, as they are also stakeholders of the Ilokano language, “to intervene and exhaust all the means in its disposal to stop the one-size fits all national orthography on Philippine languages other than Filipino and prevent the bastardization of the Ilokano language.”
The GUMIL Filipinas also called other stakeholders of the Ilokano language, parents, teachers, writers, researchers and speakers of the language, to support this urgent call of GUMIL Filipinas for the rejection of the Tagalog-based KWF Ortograpiyang Ilokano and continue the adoption of the 2012 Tarabay in the preparation of learning materials for MTB-MLE for Ilokano language.
Leo Tejano, the president of the NAKEM Youth, also condemned the newest version of Ilokano orthography released by the KWF, saying “we protest and reject the imposition of the KWF of its culturally and linguistically inappropriate Ortograpiyang Ilokano.”
Aurelio Agcaoili, founder of the International Committee for the Protection of the Ilokano Language and Nakem Conferences International, also urged the resignation of the Delima “as she does not have the expertise to represent the Ilokano people and their language.”  “We, the stakeholders of the Ilokano language from the various diasporic communities, hereby offer this statement as our official position on the most recent onslaught of the Commission on the Filipino Language through its chair, Virgilio Almario, and its Ilokano commissioner, Purificacion Delima, of the integrity of the Ilokano language by their mindless and authoritarian imposition of their own brand of Ortograpiyang Ilokano that is patterned after its imposed Ortograpiyang Pambansa.” ACE ALEGRE / ABN