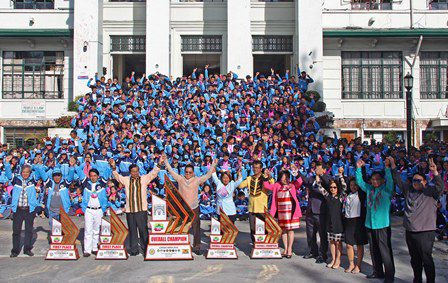 The City Government of Baguio gives recognition to best performing barangays that excel in their respective barangay development programs....

A proposed ordinance, if and when enacted, would reduce the required distance of a drinking establishment to any school, church, hospital,...

BAGUIO CITY - The Baguio City Council has approved on first reading a proposed ordinance seeking to merge the 128 barangays of Baguio City...