Carl Jammes Martin knocked out former world title contender Komgrich Nantapech Saturday night at the Cordillera Career Development College Admirals gym and showed that he is ready for the world when he made short works of former. The 23 year old from Ifugao needed actually less
than two rounds when he floored the Thai twice int he second canto, with the second as a game ender. It was the sixth defeat of the 33-year old Thai in his 37 fight career and the fourth to a Filipino.

Martin started hotly as he went after the 33 year old Nantapech and rained a combination of punches that stopped the Thai from his tracks. Early in the second round, Nantapech fell after a three combo punch. But he recovered shortly to battle the reigning World Boxing Association Asia super bantamweight king staggering him.

But it was the last hurray for Nantapech when Martin rained a barrage of punches which went unanswered and the Thai falling on his face forcing the referee to stop the fight and award Martin with the International Boxing Federation Pan Pacific super bantamweight belt. “It was just one of those nights when I felt so strong,” said Martin in Filipino after the fight who is expected to improve his number seventh spot in the IBF rankings.

“I know experience is his asset bit I will try to use my youth and speed to neutralize it,” said Martin in a pre-fight press conference last Friday at the Provincial Capitol grounds. Those words were exactly what Martin did on fight night amidst the cheers of the sizable crowd many from his native
Ifugao. Nantapech ‘s last defeat to a Filipino was against Donnie Nietes in April 29, 2017 for the IBF world flyweight belt. Prior that, it was Froilan Saludar (Oct. 26, 2013) and Albert Pagara (Nov. 15, 2012 via KO at 1:45 in the second round.

In the undercards, former world contender Eduard Heno survived a cut near his left eye to salvage a draw against Highland Boxing Gym’s Brian Lobetania as they battled in an eight rounder 119 pounds fight that turned into a brawl from the onset until the final bell. The three judges saw it 76
-all with each giving four rounds to each boxer. Alie Laurel, meanwhile, eased past a flamboyant Danny Tampipi whose antics flustered the former world title contender also of Highland Boxing gym of the event’s co-promoter.

The three judges saw it 60-54, 59- 55, 59-55 in favor of the Highland Boxing gym fighter. MJ Oduna was very much in a hurry as he needed only 32 seconds to knock out Jomar Borbon in their four round 133 pounds showdown. Prior that fellow Team Pinoy Boxing Prodigy fighter Vincent Jorda floored Jhanjhan Himiwwat in just 53 seconds after a body shot that saw the Team Siam Youth Nak Muay fighter lying on the canvas.

Josaphat Navarro used quality punches to unanimously decide Ed Liwan who peppered the former with punches but was actually outboxed and even outfoxed in their four round fight. Two of the judges scored it 39-37 in favor of Navarro, while a third saw it a draw at 38- 38. Elmer Zamora of Malabon, meanwhile, did not break a sweat when he floored local Rosendo after 2:05 in the first round, Nueva Vizcayan Holmes Tagart was also impressive when he knocked out local Orlandino
Sinaloba after 1:48 in the second round, while Marsolo Pandian had a majority decision on Roel
Reyes in the curtain raiser.

The Martin – Nantapech fight is the biggest fight staged here since Rey Tam fought Apollo Yoshito and won via points for the Oriental and Pacific Boxing Federation super featherweight belt in Nov. 20, 1977 en route to the Benguet fighter’s world title fight against Alexis Arguello in the United
States in April 4, 1978. Prior facing Nantapech, Martin was seventh in the IBF ranking which has Murodjon Akhmadaliev (11-0-0) as champion. 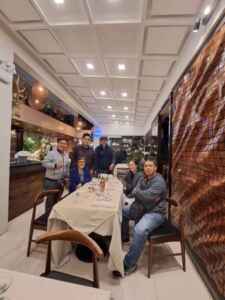 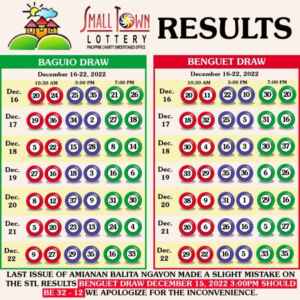