Baguio mayor Benjamin Magalong said an end to the April surge in Covid cases is almost at an end that new cases will be on the downtrend. Magalong, who expressed surprise over the high number of Covid-19 cases this month, said that cases are expected to go down after the conclusion of the city’s active community testing where 167 cases were detected from the 3,000 tests.

“The past two weeks we experience about 104 cases a day. That is high. Now we expect that to go down since we are done with our active community testing,” said the mayor in English-Filipino Monday.

But then he is alarmed over the high number of deaths with 60 already logged with the month not yet over. He said, however, that most of these deaths are not from the city but from other provinces of the region. Records from the Public Information Office – Baguio showed that there is indeed a down trend in positive cases the past nine days compared to the first 18 days of the month.

The period April 19 to 27, 824 cases were recorded compared to the first nine days when the number broke 1,000. The next nine days, Baguio had 995 cases. In contrast, it took Baguio nearly five months to breach the 1,000 mark in July last year and another three months to reach the 2,000. By then October was already considered a red light for Baguio when it experienced a then record high cases on a daily basis. April 2021 proved an even bigger challenge.

However, recovery is much lower than new cases still for the month, with 2,822 in 27 days or more than 104 cases a day compared to recovery of 2,142 or some 79 recovery a day. Baguio’s total death remains high with at least three deaths a day after logging 71 for the past 26 days.

High cases of Covid were recorded in all provinces of the Cordillera Administrative Region with more than 9,000 logged for the month alone. The region had less than 20,000 at the start of the month and now the number is expected to breach the 30,000 mark with 29,482 logged as of April 27.

Baguio leads the region with 10,357 cases followed by Benguet with 7,411. Mountain Province, the last local government unit to log its first Covid case, is the third biggest with 3,925 followed by Kalinga with 3,822.

Ifugao, which has a surge also this month is fifth with 2,593, while the provinces of Apayao and Abra remain in the three digit mark with 881 and 493, respectively. Abra, which was the first to log a Covid case in the region, is still under modified enhanced community quarantine, along with the National Capital Region and its nearby provinces in the Tagalog Region.

The general community quarantine is expected to continue in Baguio and region after April 30. This month, the country experienced a surge with confirmed cases now reaching the one million mark. In Asia, India has the worst time with the alarming increase in cases. Thailand has declared a lockdown after experiencing a 24,000 increase in the past 25 days. 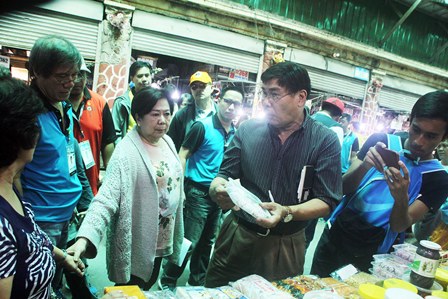