WORLD INDIGENOUS PEOPLES DAY. Cordillera indigenous peoples and other tribes converge at the Peoples Park to celebrate the World Indigenous Peoples day as they call on the administration of President Rody Duterte to respect the rights of the IPS and its culture and well-being. They also appeal not to extend the operation of mining in the Cordillera regions and rather should create more areas where trees can be planted and to be taken care of by its community. The IPS celebration was held at Peoples Park led by the Cordillera Peoples Alliance and Tongtongan Ti Umili and other tribes in the region over the weekend. 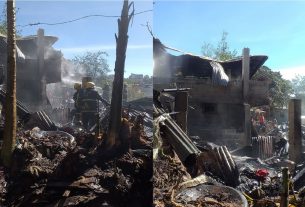