With the 860 recoveries from Covid-19 Thursday after 734 the previous day, total active cases dipped to 2,574 from the high 4,686 last October as the city expects a downtrend in transmission after the unusual surge last September that remained to be felt this month.

Both mayor Benjamin Magalong and city administrator Bonifacio dela Pena acknowledge the downtrend after being on their toes the past month struggling to get a steady supply of oxygen and beddings to accommodate Covid patients in the city isolation centers at the former Sto. Nino Hospital and the Baguio Teachers Camp.

However, deaths remain high and with a relatively low two deaths on Thursday, the 14 day total has reached 82, which is equal to the April surge and more than half of September’s 148 tally.

The 14-day total means nearly six deaths a day, higher  than the almost five deaths of last month. Dela Pena said the administration hopes to bring down the active cases further as he urged people to strictly follow the minimum health protocol and people to take their vaccine shots to protect them from the virus.

“We are no longer requiring vaccine stubs, all you have to do is register with the city’s vaccine site,” delap Pena said during Wednesday’s Ugnayan at the multi-purpose hall of the Baguio City Hall.

He said that they might even close some of the vaccination centers as maintaining one is expensive, while also saying that the drive through vaccine center at the Baguio athletic bowl is serving its purpose to encourage those from the transport group to get jabbed.

“It is what, like 73 days before Christmas and we just hope that it will be merry this time,” he added. Magalong, meanwhile, said that they will help provide vaccine to its neighbors in Benguet especially those employed here.

The mayor said that it is only fair for Baguio to share what it has with its neighbors. 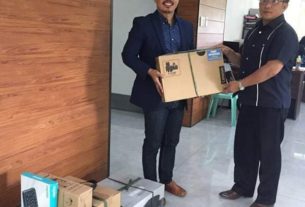