Aiming for a Rabies-Free Cordillera by 2020, the regional offices of Department of Health (DOH) and Department of Agriculture (DA) encourage citizens to help control and eliminate rabies by becoming responsible pet owners. The call was made by DOH-CAR Nurse V Geeny Anne Austria and DA-CAR Veterinarian II Dr. Cecilia Capuyan during the regular Kapihan sa Baguio at DOH Secretary’s Cottage on March 13.

Rabies, a viral infection in human’s central nervous system, is transmitted either through the bite or scratch of a rabid animal, usually a dog or a cat. This disease is hundred percent fatal, killing 300-600 Filipinos each year and affecting mostly children five to fourteen years of age. However, despite being highly fatal, rabies is preventable through vaccination.

In 2017, DOH-CAR recorded five human deaths due to rabies in Abra. On the other hand, the Agriculture Department found 24 positive rabies cases in animals; Apayao having ten occurrences during the first semester of the said year. Massive vaccination on rabies was subsequently conducted resulting to the elimination of incidence in the later semesters of 2017.

During the forum, Dr. Capuyan urged pet owners to have their dogs vaccinated when it reached three years old and annually thereafter. She announced that since March is Rabies Awareness Month, the anti-rabies vaccination is free in the DA-CAR Office, in Baguio City Veterinary’s Office, and in veterinary offices in other provinces on the said month, except for Benguet province which extended the free vaccination until month of May.

On the human side, Austria advised that once a person is bitten, the wound should be immediately washed with soap and running water. The person bitten should proceed to the nearest Animal Bite Treatment Center or Health Facility for Post-Exposure Vaccination, not to Tandok healers. The dog has to be caged and observed if there are changes in its behavior. If the dog does not eat or drink, becomes wild and runs aimlessly, drools, bites moving and non-moving objects, or it dies within 14 days, the dog is considered rabid. However, it still has to be verified by submitting a sample specimen to DA-CAR’s laboratory. If the dog lives after the 14-day period, it must be vaccinated immediately according to Dr. Capuyan.

Furthermore, Austria relayed that once the rabies infection has set in, the patient automatically dies after days. Supportive treatment must be given to the patient while manifesting signs of the viral infection. The patient also needs to be contained in an isolation room or infectious ward in a hospital to prevent secondary infection of other individuals.

Austria emphasized responsible pet ownership as primary key for prevention of rabies. Pets, especially dogs and cats, should be given adequate food, clean shelter, and proper grooming. Provocation on the pets to bite should also be avoided. DOH-CAR HEALTH PROMOTION / ABN 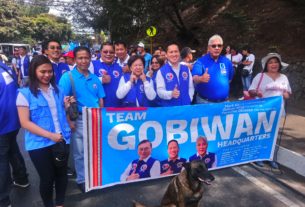 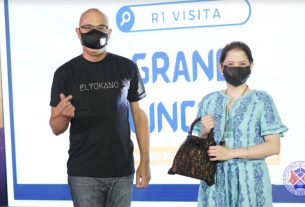