Philippine martial arts pioneer Mark Sangiao isn’t just the head coach and founder of the famed Team Lakay of Baguio City, Philippines. He’s also the team’s spiritual leader, a father-figure to many of its younger members, and a guide through the often-convoluted world of mixed martial arts.

Known as one of the most prolific martial arts outfits in Asia, Team Lakay is home to many great athletes and World Champions, many of whom trust Sangiao with their lives. So, it certainly comes as no surprise that Sangiao has a pretty good idea of what could be next for some of his most prized pupils.

The 41-year-old veteran recently shared his thoughts on potential matchups for his wards in ONE Championship. Here’s what he had to say. Former ONE Lightweight World Champion Eduard Folayang is a man on the comeback trail. After a dismal 2019, wherein he dropped two out of three, the 36-year-old veteran is on the quest for gold.

The reigning ONE Lightweight World Champion, 22-year old Christian Lee is the most wanted man in the division. Sangiao likes the odds for Folayang against the young titleholder, should they meet in the Circle. Where Folayang is right now in the pecking order at lightweight is debatable. He currently sits outside of the top five in ONE’s official athlete rankings. Folayang may need a win over a big-name opponent to position himself for a shot at “The Warrior.”

Another world champion on the hunt for redemption is former ONE Bantamweight World Champion Kevin Belingon. Belingon is a ferocious beast in the Circle, favored to decimate any man unlucky enough to get stuck in there with him.

Reigning bantamweight king Bibiano Fernandes, however, remains the only man capable of taming “The Silencer.” The 40- year-old “Flash” owns two legitimate submission victories over Belingon, and one questionable disqualification.

On the other hand, Belingon has one comprehensive win over the legend. Sangiao believes that as long as the two are in the same division, the threat of Belingon to Fernandes’ title reign will always be present.

“Kevin and Bibiano have unfinished business. I just wasn’t convinced the last they fought. Knowing Kevin, he isn’t easy to submit. There were just some mistakes that we made that cost us the fight. But I know we can correct those mistakes,” said Sangiao.

Belingon is currently ranked #1 at bantamweight in ONE’s official rankings, so the idea of a fifth showdown between the two isn’t too far-fetched. Reigning ONE Strawweight World Champion Joshua Pacio should have a rematch with either former straw-weight titleholders Yosuke Saruta or Yoshitaka Naito.

“Like Eduard, Joshua is in one of the deepest divisions in ONE Championship. Strawweight is stacked with world-class fighters from top to bottom. The competition is very close. But Joshua is so good, that he can really hang with the best of them. 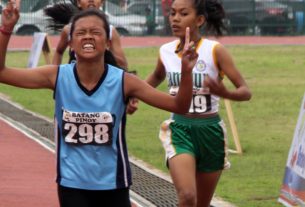