With three days to judgement day or the election, mayor Benjamin Magalong appealed to Baguio residents, including his rivals, to forget politics and do efforts to the betterment of the city.

In a speech during the groundbreaking of the PhP30 million athletes quarters and isolation facility, Magalong instead asked to “act now” for the betterment of the city in the “next five, 10 or 20 years.”

“We have to act now, face it now and prevent the urban decay” that he said experts had been warning of. “We must stop politics, all the lies, nakakasuka na (it makes me vomit),” said the former police general, who is seeking his second term against former mayor and congressman Mauricio Domogan and former vice mayor Edison Bilog, his closest rival in the last election.

Magalong Thursday night was apparently involved in a shouting incident with a provider of sound system in a barangay affair at Upper Quezon Hill where the video posted on social media see him arguing. “I was trying to pacify both parties.

The sound system provided removed the mic and was about to pack up when I arrived and about to give a short talk as asked by the barangay officials,” Magalong told reporters during the athletic bowl event.

Magalong said that it was the barangay officials who actually reacted because it (mic removal) insulted him, I intervened and asked both parties to calm down but instead “the video was spliced that made me look bad,” he added.

Magalong said that Monday’s political exercise is a very sacred practice done every three or six years and all must accept the results. “If I lose even by just one vote, I will take it. I will not contest it,” said the mayor in an earlier engagement. 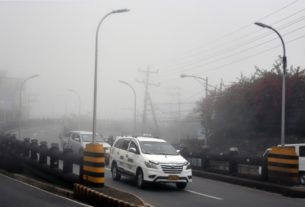