BAGUIO CITY (June 15, 2020) – A 23 year old male helper reportedly hanged himself here Monday morning, prompting the Baguio police to further dig into the case amid the sudden rise of suicide cases in the city during the quarantine.

Saranggani native Raymong Diantan Alaba was found hanging from a cable wire looped around his neck and tied on the door jam of his rented room along New Lucban barangay here 10:30AM Monday.

Baguio City police director Col. Allen Rae Co said Alaba was already brought down from where he supposedly hanged himself when investigators arrived.

Co said they already launched an in-depth probe what pushed the victim to take his life.

This, after alarm was raised her over the apparent hike in suicide incidents, even among children during the ECQ.

Co earlier bared that from the start of the enhanced community quarantine (ECQ) in March 16, 2020, at least 8 suicide incidents were recorded.

All of the incidents, Co said, are related to the restrictions and stress among others because of the war against the Corona Virus Disease (Covid-19).   He cited a 64-years old alleged suicide male victim who was depressed while waiting for the result of his test for Covid 19.  He eventually took his life.   When the results came, he turned out negative.

Co said they are also into deep with the 8th case of the seven year old boy, apparently physically abused and suspected that the aunt of the boy strangled him to death, if it was quarantine-related.

A murder case was already filed by the police against the boy’s auntie and uncle, who even tried to conceal the boy’s murder with suicide.  The aunt was temperamental and was always beating the child, Co said citing probers findings.

This may also be attributed to the pressures the restrictions caused, the police director added.

“Such case like these together with other violence are happening at Baguio homes while the people are on quarantine, is alarming.”

According to Co, the baby steps on easing the restrictions of movement can help a lot in relaxing the minds of Baguio residents.

He hope that with the measures, the stress to the people will be lessened and the depression to many will stop.

Baguio City Mayor Benjamin Magalong said that they are seeking the help of a group who offered their services in aiding people who are stressed and suffering from depressions.  The group is composed of professionals who suffered the same but recovered and now, they want to give back.

Magalong said that the people are depressed because they cannot go out, continue doing the things they usually do among others.

The mayor added that they are also having a stress debriefing among the barangay officials in the city.  He said there are many of them who are stressed-out because of dealing with their constituents during the ECQ.

The City Government has created special days for the senior citizens and also the special kids for them to go out. Magalong said this is to allow them to have fresh air and have relaxation at the parks and other areas to unload their stresses. 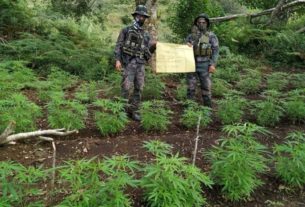 P11.4M worth of marijuana plants destroyed in Benguet 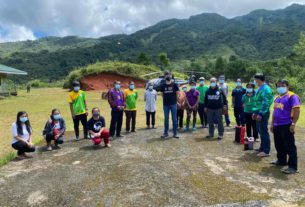