It was simply domination. This as Team Lakay collected 14 gold medals, aside from two silver and three
bronze to dominate the 2022 National Open Kickboxing Championships held at Mall of Asia Arena last October 26 and 28. Team Lakay performance was simply awesome with only two of its 21 strong contingent failing to bring home medals.

And the win could l pave way for a trepeat for in the Southeast Asian Games in May next year in Cambodia for 2019 and 2021 mint producers Gina Iniong-Araos and Jean Claude Saclag after winning in their respective weight divisions even as four of their colleagues in the ONE Championship brought home the same medals in the Saclag took the gold in the 63.5 kilogram low kick, even as the ONE veteran Iniong-Araos won the 60 kg. low kick top medal.

Joining them at the top podium are former ONE featherweight king Honorio Banario (71 kg. low kick), who
earlier vowed to improve his bronze medal finish in the last SEAG. Also winning are: Jeremy Pacatiw (71 kg. full contact), Danny Kingad (63.5 kg. full contact) and the Graceful, Jenelyn Olsim (60 kg. full contact). The three are slated to fight in the ONE Championship: Pacio vs. Brooks on December 3 also at the same venue. Pacio is of course Jashua Pacio, the remaining champion of Team Lakay in the world’s biggest mixed martial arts stage, who will face Jarred Brooks, who earlier beat another Team Lakay, Lito Adiwang and has vowed to beat all members of the Baguio-Benguet based squad.

It added that the “competition was joined by kickboxers, sport gyms, sports organizations and institutions
from all over the country, all aiming to quality for the national team.” 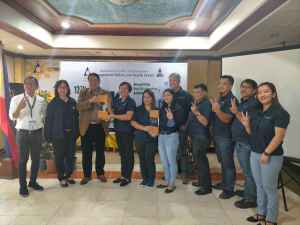 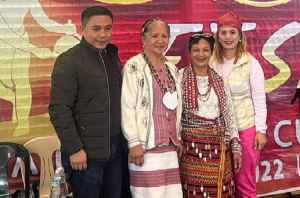