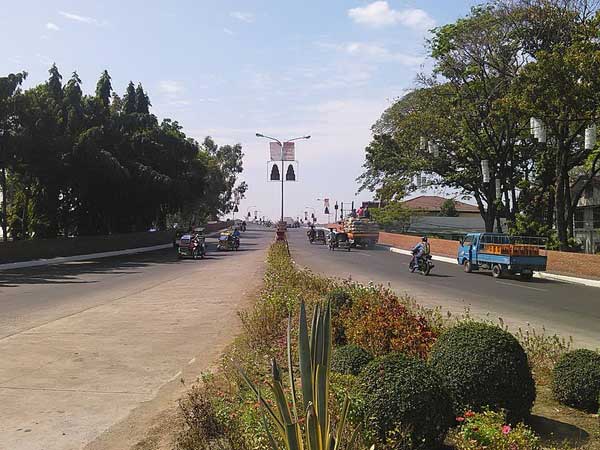 LAOAG CITY – Motorists trying to avoid daily traffic in the city proper here are ecstatic over the comfort offered by the new Laoag Bypass Road, which was recently officially opened to travelers.
With the resumption of work and classes on Thursday, January 3, traffic in downtown Laoag went on smoothly as some motorists have begun using the alternate route going to the Laoag International Airport.
Karl Lenin Benigno, an employee of the Northwestern University of Laoag, shared on Facebook that from Vintar town, his “travel time to work is now only 15 minutes on normal speed” compared before when he would be stuck on traffic for more or less 30 minutes at the Gilbert bridge.
“I guess I personally have to thank the good Congressman (Rodolfo Fariñas) for the wonderful project,” Benigno said. Initiated by the former House majority floor leader, the Laoag Bypass Road project was completed last November 25, 2018.
Department of Public Works and Highways Secretary Mark Villar declared the road officially open to motorists on the last week before New Year’s Day.
The project located in Ilocos Norte’s first district covers a 7.99-kilometer road opening, embankment, slope protection and drainage from Barangay Buyon in Bacarra town to Barangay Bengcag along Rotonda in this city.
Phase 4 of the project includes the construction of 804.9-meter bridge with 655-meter approaches.
Leilanie Adriano, PNA