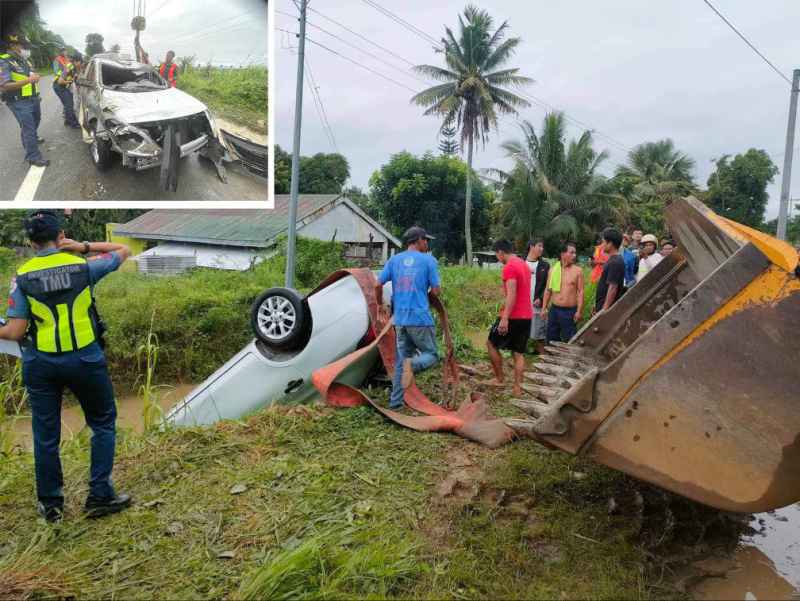 Along the national road in boundary of Brgy. Calanan and New Tanglag, a Nissan Altera was spotted floating in the irrigation canal at around 6AM this morning by members of the 50IB, PA. Teams from the CDRRMC, PNP- Tabuk and KPPO, and Bureau of Fire were present. Two male bodies were recovered and were identified as Marlon Agnaya, an employee of the Office of the Provincial Administrator and Gerald Gagelonia, a nurse at the Kalinga Provincial Hospital (KPH).