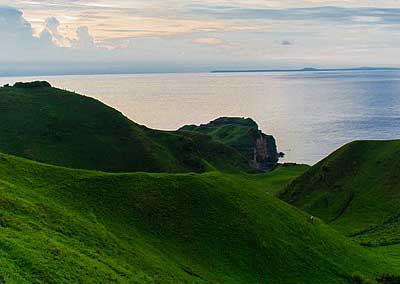 MAKATI CITY – Vast swaths of fine, powdery beaches, lush thick forests inhabited by artistic people and a community of musicians living in an island filled with meandering green hills – these are just some of the interesting slices of life one would find when traveling to the Northernmost parts of Luzon, says Tourism Secretary Bernadette Romulo-Puyat during the unveiling of the second launching of Know Your North short documentaries at Greenbelt in Makati.
Know Your North is an award-winning film tourism initiative of Victory Liner in cooperation with Extra Mile Productions. Marivic del Pilar, vice president for marketing and finance of Luzon’s biggest bus company, says the initiative is the company’s own way of helping the tourism department in promoting Northern Luzon as a major tourist destination.
Impressed by these cinematic delights from an award-winning team of Extra Mile Productions led by National Geographic director Gabby Malvar, Romulo-Puyat encouraged other companies and Filipinos to go visit other unexplored places such as Northern Luzon and spread the message of how great the Philippines is to other people and races. Documenting your travels thru film and photos, says Romulo-Puyat, makes promoting the Philippines more exciting and more engaging especially to Westerners who love visiting these kinds of places not hitherto known by the general public.
Film tourism is making a big headway in promoting unexplored life and places in this Northernmost territory considered by many to still be frontier. Multi-awarded film maker Gabby Malvar, together with his Extra Mile Production team led by Ginggay Hontiveros, hiked and travelled thousands of kilometers from the virgin forests of the Cordilleras to the scenic hills of Batanes to shoot hours worth of film depicting the life of the peoples living in these Northernmost parts of the island of Luzon.
In the first launching of Know Your North in 2018, director Malvar photographed several striking features of Central and Northern Luzon. From the ubiquitous taho vendor to the life spent by National Artist Kidlat Tahimik in his unique house in Baguio to the quiet yet artistic life of a septuagenarian tattoo artist, Malvar was able to tell their stories in majestic cinematic fashion.
These short films netted for Know Your North several prestigious awards, including the Adobo Magazine awards and numerous awards from the Cultural Center of the Philippines.
For his part, Malvar says that these latest short films depict unique slices of life being spent by Filipinos in the fertile valleys of the province of Isabela. Famed adventurer Kiko Rustia, host of the GMA7 show, Born to be Wild, went further and explored the life of a Yogad Healer who did the Ritwal ng Bangka, an animist tradition which reputedly cause the healing of sick members of the community in a faraway town in Isabela.
He also visited a blind man who makes these iconic lounging chairs with elongated armrests.
Know Your North is an annual short film documentary which Victory Liner supports on its own to be able to help government’s tourism initiative.
PR