Former Baguio mayor and congressman Bernardo Vergara launched his book titled One For the Road
during the celebration of his 85th birthday at the Baguio Country Club last Sunday. He marked his 85th
birthday felicitated by his family led by his better half, the former Gloria Asprec, an architect, and his six children, James, Gladys, Bernardo Jr., Jonathan, Gaye and Glenda and his grandchildren.

Nearly 300 of his close friends and intimates from all walks of life turned out for the occasion, wishing him “more years to life, and more life in years”. Bernie, as he is fondly called by city folks, recalled more than 50 years of government service, about 15 years of which were worthily spent as a 4-term congressman
and a one-term city mayor. His birthday celebration was preceded by a legacy tribute that was highlighted by the launching of ONE FOR THE ROAD, a book that chronicles his studded achievements in his storied public life.

His election in 1992 as a congressman was considered by then newly elevated mayor Mauricio Domogan as a boon for the city still recovering from the devastation of the 1990 killer earthquake that killed thousands of locals and damages amounting to hundreds of millions. One for the Road talked about the years he spent as government engineer, a district engineer and as general manager of the Philippine Tourism Authority. Rendered jobless by EDSA in 1986, Bernie endeavored and won the 1992 congressional race, sparking off a 9-year rehabilitation of Baguio in tandem with new political allies
led by him and lawyer Morris Domogan.

In the introduction, Vergara said that coming out with a book “to chronicle my public life has not been a bed of roses.” He added that: “The usual thorns are really coming to the fore as One for the Road traces my steady rise from a lowly government engineer, to a District Engineer, later on as General Manager of the
Philippine Tourism Authority, then and forthwith as a public servant serving the people of the nation’s favorite tourist destination, the City of Baguio.”

He said One for the Road “has been a labor of love for all those who actively sought to bring about something that future leaders, including our youth, can learn from,…” His election in 1992 as a congressman was considered by then newly elevated mayor Domogan as a boon for the city still recovering from the devastation of the 1990 killer earthquake that killed thousands of locals and
damages to hundreds of millions.

Domogan recalled that it was a partnership that went beyond the parties they ran under, fueled by no less than the desire to serve the city still reeling from the earthquake. The city’s Dynamic Duo of Batman and Robin started and the rebuilding ensued that saw the city transform to what it is now. Bernie, often called “Mr. Bulldozer” found ways to procure national funds for the city’s rehabilitation even going very early to the offices or residences of key officials to secure the funding needed for city infrastructures, said eldest
daughter Gladys Vergara de Vera, who served as a staff for the then congressman, recalling how she’d bring the project proposal for approval of key national government officials.

She said that Vergara and Domogan would deliberately lose games of golf to then president Gloria
Macapagal Arroyo so that she will be more than happy to agree to requests that the two will make after the game. “The president will be very happy and will agree to any project proposal my dad will make,” said Vergara de Vera, with her as the one who is waiting at the club house bringing the project proposal.

The former Sangguniang Kabataan chairman and councilor, said that launching of the book was delayed due to the pandemic and the former congressman wanted it done last year fearing that he will die before it gets released which makes it “useless”. Mayor Benjamin Magalong, who was a city police director and police regional director of the Cordillera during the long Vergara service, acknowledged Vergara’s valuable advice when he sought public office in 2019 and that is “teach him not to win but how to serve the people he intends to govern.”

He won the next two elections in 1995 and in 1998, then ran as mayor in 2001 with Domogan taking the
congressional seat. The two won with councilor Betty Lourdes Tabanda as vice mayor. Vergara lost his mayoralty reelection bid but returned as congressman in 2010 serving his last 3-year term. 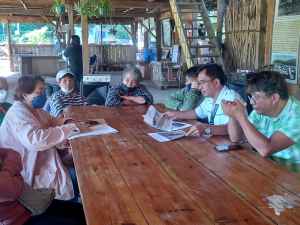 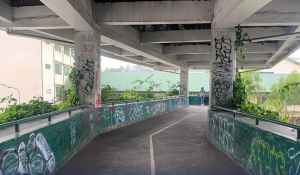