He said the COMELEC provided this week to give priority for those identified as part of the vulnerable sector which includes the PDLs, senior citizens, persons with disabilities, youth, and indigenous peoples for a special consideration for voter registration.

Most of the registrants are from Baguio City while some transferred their registration in Baguio City as they intend to vote in the facility during the BSKE in October 2023. The activity in the Baguio City Jail is also in coordination with the BJMP-CAR and Baguio City Jail Male Dorm Warden JSupt. April Rose Ayangwa. 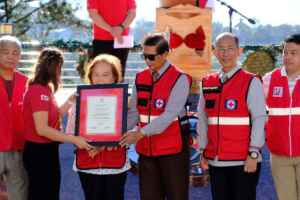