BANGUED, Abra – Abrenians looked up to President Ferdinand Marcos Jr. even more after he flew to disaster-wrought Abra province, just a day after the 7.3 magnitude quake struck sending a wide swath of destruction and despair in the province.

“We thank him for the speedy mobilization of the government resources to respond to the devastating effects of the (quake)” said La Paz town mayor JB Bernos, president of the League of Mayors of Abra and former congressman of the province.

Bernos’ wife Menchie, the current congressman of the province’s lone district, immediately took the floor at the House Wednesday morning to call on the nation to help Abra rise from the destruction.

Abra is fortunate to be visited by the father of the country (our President Ferdinand Marcos, Jr.),” La Paz town mayor said, as he also thanked House Speaker Martin Romualdez, Senator Imee Marcos, DILG Sec. Benhur Abalos, DSWD Sec. Erwin Tulfo, SAP Sec. Anton Lagdameo, and all national and regional officials “for their assistance to us, their brothers and sisters in Abra.”

Bernos, further said, “I am grateful for the comfort you have provided to your kakailians in Abra”, as he hoped, “the national government will give sufficient attention to the pressing problems of the Province and help us in these times.”

The widespread destruction in Abra placed the province on its knees, prompting the Abra Sangunniang Panlalawigan to declare it under a state of calamity.

Abra governor Dominic Valera, who has suspended work and classes in all schools around the province and ordered them only to resume on August 1, is at the forefront of various clearing operations in major government structures, bridges, and road systems taking the aid of MMDA workmen who immediately headed to the province to help.

Damages as an aftermath of the tremblor have been placed at P316.5M and could still rise in the coming days while figures from rapid area assessments by different government agencies are yet to come in. 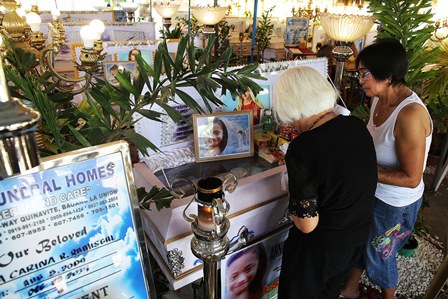