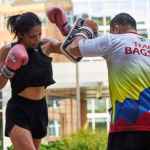 Showtime for coach Billy Alumno as he calls the shot for the country’s top muay Thai players in Birmingham, Alabama for the World Games 2022 which draws to a close Sunday, July  17 (Monday) here. It will be tough for newly crowned Southeast Asian Games 57-kilogram king Philip Delarmino as he goes against the seven […] 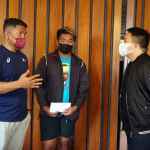 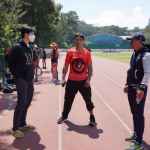 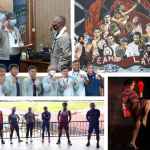 New Sports Code, The City Council finally approved the comprehensive city sports code and in June the implementing rules and regulations. Among which is the recognition of city athletes and coaches, support as well as incentives to be given to these city recognized athletes. PhP491 Million Youth Convergence and Sports Complex Aside from the PhP43.8 […] 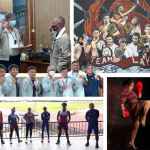 Definitely the story of the year is the Olympics with not just one but three players from the University of Baguio winning medals in the once in every four year event. But in their case, a year delayed event thanks to the Covid-19 pandemic. It was Irish Magno who first qualified for the Tokyo Summer […] 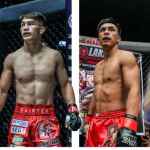 Four Team Lakay members, two veterans and two debutants, one of them an untested warrior, will showcase their wares as Team Lakay will definitely headline a December offering of Asia’s top mixed martial arts promotion, the ONE Fighting Championship, at the Singapore Indoor Stadium. Former bantamweight king Kevin “The Silencer” Belingon will lead Tem Lakay, […]

University of Baguio lost the heart and soul of its sports program when its sports director Alan Elegado died due to cancer last Monday, the All Soul’s Day. Elegado, formerly the table tennis coach and was a member of the Philippine table tennis officiating team during the 2019 Southeast Asian Games, succumbed to liver cancer. […] 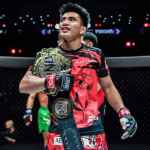 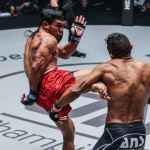 TAKE it from Kevin “The Silencer” Belingon: reputations hardly matter in ONE Championship. No matter how decorated you are, there’s really not quite like the experience in fighting in The Home Of Martial Arts. “From experience, one of the biggest adjustments new fighters are going to face when they are entering ONE would be the […]

Two taekwondo jins from the city left for Beirut, Lebanon Thursday night as they join 10 other poomsae players from the Philippine Taekwondo team for the 2021 Asian Taekwondo Championships. “We are ready to board,” said Justin Kobe Macario in a private message as he joins coach and two time former world poomsae champion Jeordan […]