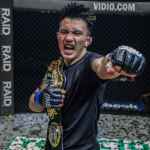 LAST man standing is Joshua “The Passion” Pacio as he remains the only Filipino champion in ONE Championship. But rather than be weighed down by the pressure, the reigning ONE Strawweight World Champion is taking everything in stride. After all, the goal never changes for him whenever he steps inside the cage: to hoist the […]

BAGUIO CITY(April 13, 2021) –  An employee of Tabuk City, Kalinga snatched a gold medal at the 13th World Taekwondo Culture Expo in South Korea. Engineer Jeffrey Ysmael of the Tabuk City Building and Architecture Office took the gold in the Poomsae men’s under 40, of the annual sporting event that attracts some of the […]

TUBLAY, Benguet  – Benguet Caretaker Congressman and Anti-Crime and Terrorism through Community Involvement and Support (ACT-CIS) Party-list Rep. Eric Yap disclosed that he will be spearheading the invitation for a number of corporate teams of the Philippine Basketball Association (PBA) to hold some of their regular conference games in Benguet once the proposed multi-million rehabilitation […] 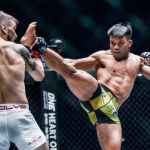 Hard-hitting Mark “Tyson Fairtex” Abelardo has his sights set on a decisive victory this Friday night.  The 29-year-old Filipino by way of New Zealand, currently living and training at the Fairtex Training Center in Pattaya, Thailand is confident he can take care of business against American opponent Emilio “The Honey Badger” Urrutia when the two […] 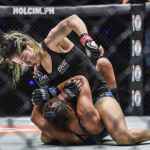 Fresh off a hard-earned unanimous decision victory over Samara Santos at ONE: UNBREAKABLE on 22 January, #2-ranked women’s atomweight mixed martial arts contender Meng Bo already has her sights set on a possible next opponent. The 24-year-old fighter from Changsha, China — currently unbeaten in the ONE Circle — is calling for a showdown with […] 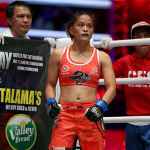 Top ONE women’s atomweight contender Gina “Conviction” Iniong of the famed Team Lakay of Baguio City, Philippines has been out of action since her January 2020 victory over India’s Asha Roka. She has since spent months in isolation, dealing with the ramifications of the COVID-19 pandemic, just like everyone else. However, things have been quite […]

Baguio City administrator Bonifacio dela Peña shows off the materials for the flooring of the soon to rise youth convergence and sports complex at the Baguio athletic bowl. The engineer on Thursday (Sept. 24, 2020) said the city is building the PHP434-million youth and sports center with help from Senator Vicente Sotto III who committed […] 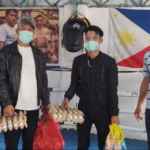 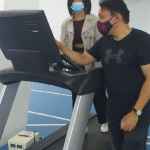 One of the better known young Baguio artists Venazir Martinez returns to her alma mater and got blown off when she saw the newly built gym – both the court and the fitness center. With her is human kinetics director Fernando Florendo, the 2018 – 2019 Baguio- Benguet Educational Athletic League over-all commissioner. PML /ABN