BAGUIO CITY – The year-round sports program of Laguna province is paying off, as it collected two more golds in athletics in the ongoing 2018 Batang Pinoy National Championships here. 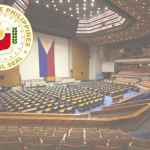