The highly-anticipated ONE: A NEW BREED II pre-recorded broadcast is set to air this Friday night, 11 September, and there is a host of compelling martial arts matchups on hand to be excited about. One person who will be watching the show closely, especially the dramatic main event between 4-time Muay Thai World Champion Pongsiri […] 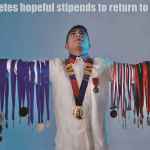 National athletes here are hopeful that their monthly stipends will return to full after lawmakers inserted P180 million in the budget of the Philippine Sports Commission from the Bayanihan Act 2 law. Rep. Abraham Tolentino, who is also the incumbent Philippine Olympic Committee (poc) president, included the PSC budget in the Bayanihan act in consideration […]

Sangiao’s wish for his aces

Philippine martial arts pioneer Mark Sangiao isn’t just the head coach and founder of the famed Team Lakay of Baguio City, Philippines. He’s also the team’s spiritual leader, a father-figure to many of its younger members, and a guide through the often-convoluted world of mixed martial arts. Known as one of the most prolific martial […]

National athletes here are more than happy to receive their delayed allowance from the Philippine Sports Commission even if it is only half of what they used to get monthly due to the coronavirus disease (Covid-19). “I’ve got mine today,” said a jubilant arnisador Eza Rai Yalong as she got her monthly stipend for this […] 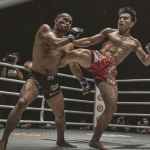 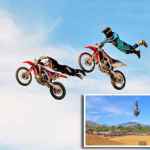