BAGUIO CITY (July 2, 2020) – Two more coronavirus disease (Covid-19) cases were recorded in Baguio and Benguet Thursday, bringing the total afflictions to 118, even as one patient emerged victorious over the disease today.

The Department of Health–Cordillera reported a 29 female from Baguio City and a 34 male from Benguet as the latest cases.

The new Baguio City case is a resident of Irisan barangay, as active cases remain at five, after the release of the 10-year old female patient.

Baguio City still has the most cases with 47 in the Cordillera region, though 40 have recovered and two casualties.

The Baguio Public Information Office added that the new patient is a community development worker, who underwent swab test last Tuesday (June 30) and is asymptomatic.

Benguet, on the other hand, has nine active cases bringing its total to 39 with 30 recoveries.

Benguet had the biggest spike for the month of June with 28 cases reported for the whole month.   This prompting President Rodrigo Duterte, heeding the advice of the Inter-Agency Task Force, to upgrade the province into a general community quarantine, even as Baguio and the rest of the region remain under modified GCQ. 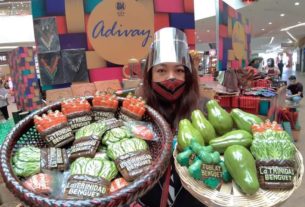