BAGUIO CITY – The Department of Health (DOH) in the Cordillera Administrative Region (CAR) said they are ready to implement the coronavirus disease 2019 (Covid-19) vaccination here after it was identified as among the pilot areas in the country.

Dr. Ruby Constantino, regional director of the DOHCAR, in a press briefing on Thursday said they are now identifying specific persons included in the priority sectors such as health workers, frontliners, vulnerable groups, and the poor.

Constantino said they already have the list of those in the public health sector and will simply have to coordinate with the private hospitals for their list.

The list under the vulnerable sector will also be obtained including the “poor” so that it will be available as soon as vaccination starts. She added that the DOHCAR has a ready facility for the vaccines aside from the vaccination centers already identified and in place as they have been used in the recent supplemental vaccination activities.

Constantino also said that aside from logistics, the region has ready vaccination teams as it just recently had the supplemental vaccination for measles, rubella, and polio. The doctor said fixed vaccination centers will be used because vaccinators will not be going house-to-house to administer the Covid-19 vaccines to the identified priority sectors.

“We are not starting blank. This is not new to us because we have had several supplemental vaccinations before,” Constantino said.

She added that during the recently conducted Vaccine Summit, they saw the need to make a communication to motivate the priority sectors to avail of the vaccines. “We only need to motivate the people,” she said.

The doctor said that people should not be afraid of vaccines as they have been developed to prevent diseases, as protection against acquiring the disease, or the grave negative effect of acquiring an illness.

She said that like any other illnesses which are vaccine-preventable, Covid-19 vaccines being developed still have to be tested in laboratories thoroughly. The doctor said the locals who will be included in the priority list should be motivated to join for their own safety. 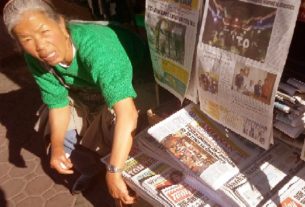 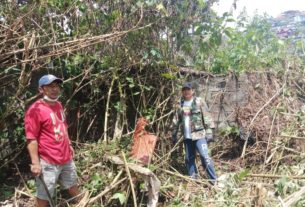 Shangrila Village is No Dumping Site