Two of the more exciting fighters from Team Lakay will see action in November 19 as co-main events in the ONE: Fight Night 4 at the Singapore Indoor Stadium in Kailang, Singapore. Former ONE Bantamweight
champion Kevin Belingon returns to the octagon ring 11 months after his shock loss to Kwon Won Il and end a four game losing streak after winning the coveted crown in Nov. 9, 2018.

Belingon faces a tough Kim Jae Woong in a bantamweight showdown as one of the four co-main events in the ONE on Prime Video 4 that has the Kiamram Abbasov facing Christian Lee as main event. Fellow Team Lakay fighter Stephen Loman will also be in the co-main event where he faces former bantamweight king Bibiano Fernandes with whom Belingon fought a four series fight with the Brazilian coming on top 3-1.

The first and only win was the time he wrested the title, lose it then lost one more time to Fernandes to complete the saga. He then went on to record two more losses for the recently turned 35 Belingon – against John Lineker on Oct. 30, 2020 and to Won due to a body shot forcing him to retire. Lineker went on to wrest the bantamweight belt from Fernandes but lost it on his first title defense against Fabricio Andrade last October 21 during the ONE on Prime Video 3 but did not meet weight and thus stripped of the title.

One of the most fighter in his weight division, Belingon will be facing the hard hitting Korean who lost last month to newcomer Shamil Gasanov via submission. Called “The Fighting God” has won three victories in the 155 pounds category including a knock out win over former two division champion Martin Nguyen – who was earlier beaten by Belingon. Kim hopes to win against Belingon that will fortify his bid to be a main contender in the 145 pounds division.

Belingon now hopes to give Loman the chance to beat the Brazilian long time bantamweight king. And he hopes his younger stablemate will take to heart what he has shared in fighting the Brazilian legend which
could be the biggest fight for Loman, who held the bantamweight title for the longest time in the Dubai-based Brave Championship before his move to ONE.

He last saw action last March 26 against Shoko Sato and earned a unanimous decision victory. Loman
impressed during his ONE debut by beating the tough Yusuf Saadulaev. Loman was supposed to face Lineker in April 28 of last year, five months after Belingon lost to the Brazilian, but had to withdraw due to his contracting the Covid-19 virus. Lineker beat Fernandes in December 3 last year to take the crown. 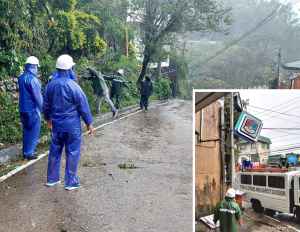