Through the Environment Management Bureau (EMB), the DENR issued the CDO for allegedly spilling concrete into the drainage system. Engr. Robert Bulan, operations manager of Phesco quoting his employer’s November 18, 2022 letter-response to the DENR CDO said, ‘all recommendations of DENR including adequate plant clean-up measures were all complied with’.

He however pointed out that such CDO did not consider Phesco Inc.’s compliance to recommended measures after Phesco were notified and underwent technical conference. Engr. Bulan continued, also quoting the same Phesco Inc. letter-response, raised how the government regulatory agency arrived at such order without due consideration to measures they instituted to correct imputed violations.

To make things worst EMB-CAR had likewise cited an earlier CDO by the Sablan municipal government on the batching plant which according to Phesco Inc., “was prematurely issued and lacked due process.” Phesco Inc. is the contractor of the P286-million Sablan circumferential road, which, according to Engr. Bulan, is nearing completion. 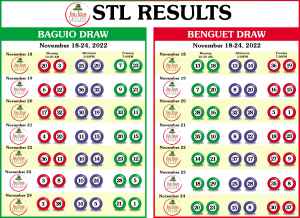