BAKUN, BENGUET – Dalingoan Elementary School was formally proclaimed as Alicay-Segundo Elementary School through a Thanksgiving Program on March 8, 2018 to thank Almighty God for His support that made the processing and approval of the documents of the School’s change of name possible.

The school’s new name was derived from the family name of the couple who generously donated the school site sometime in January 1964.This said couple were Calpito Segundo and Filomena Alicay Segundo – the heirs of the lot donated for the sake of the school’s establishment from her loving parents.

The said thanksgiving program was attended by some members of the Segundo Clan from Tuding, Itogon, Benguet, Municipal Councilor Edward Buscol, some barangay officials lead by Chairman Bernald Alicay, the residents, some visitors from nearby sitios and Tanes Alicay from Ampusongan, Bakun, Benguet. 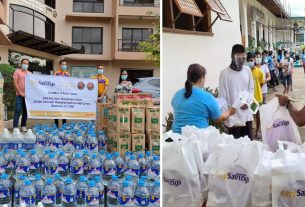 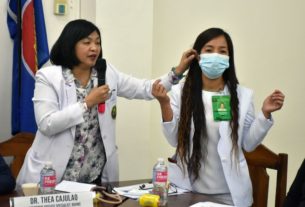 Proper use and disposal of the surgical face mask