EXERCISING PRUDENCE AMID MALICIOUS CLAIMS OF DESTABILIZATION PLOTS AND NTF-ELCAC

Alleged destabilization plots and rift between the AFP and the PNP were all over the news over the
past week, causing unnecessary alarm among the citizens. While both the AFP and the PNP have
denied these malicious claims and reassured the people of their commitment to support the President’s programs for reforms, the minions of the Communist Party of the Philippines (CPP)-New People’s Army (NPA)-National Democratic Front (NDF) continue to spread speculations of internal squabbling and corruption within the AFP and the PNP.

The CPP-NPA-NDF circulates insinuations that this destabilization plot has something to do with alleged political struggles within the current administration, which they have demonized prior the
2022 elections. CPP information officer Marco Valbuena went on issuing such statement on January 8 where he even theorized that the recent call of DILG Sec. Benhur Abalos for high-ranking police officials to submit courtesy resignation was meant for the Marcos Jr Administration to “get control of the PNP and remove officers who are identified with their rival groups.”

Even the appointment of former Interior Secretary Eduardo Año as the new National Security Adviser was challenged by NDF’s minions to lay-down his plans on security in the face of continuous abuses of Filipino fisherfolk by China. They insinuated as well that with the new NSA, the National Task Force to End Local Communist Armed Conflict will continue “redtagging” them.
See, this is how far evil minds can get. They sow wicked speculations among the people in their desperate attempt to stir hatred against the current administration and the government—a consistent move of organizations under the CPP-NPA-NDF across various administrations.

They make a big issue out of political developments while taking advantage of the public’s lack
of sufficient knowledge on political dynamics and governance – a classic deceptive maneuvering by the CPP-NPA-NDF. They have done this in the past 54 years and in those years, we have seen how the AFP and the PNP have always stood firm to secure the Filipinos amid all forms of threat and even through political challenges. May we be more prudent and discerning. Let us always keep in mind that as citizens, we also have the obligation to help preserve peace and promote development.

We can do this by not entertaining and participating in calls for mobilizations that will only lead
to social and political chaos. Let us instead extend cooperation and support to the government
as responsible citizens. After all, the government is for the people and by the people. 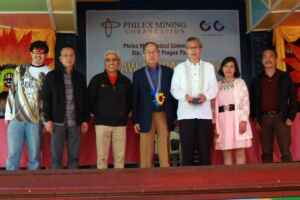