A Burnham Lake that is uncooperative saw few fishes caught in the Yuletide Christmas Competition last December 19. Even the veterans struggled with some even going blank. It was so bad that they
missed podium finishes but a boy and an elderly, who sneaked past them with catches not bigger than six inches but still managed to make it to the championship round.

Anacleto Payoyo came, for the first time, fished, and caught enough, two fishes measuring 2.5 inch and a miraculous 10 incher, to win the Yuletide Fishing Competitions at the Burnham Lake last
December 18. Jose Regalado had a six incher, won the senior’s side then wound up second, while
kiddie champion Eliseo Tolero had a 2.5 incher and took third place.

It is just one of those when the fishers can’t catch anything like Baguio Day top man Clemen Encarnacion who came home with none. Encarnacion is also well known for catching a rare Paku
fish at the lake early this month. Two-time podium finisher Jackson Abion had a zilch and finally gave up his place as one of the luckier anglers at the lake. Veteran photographer Noli Gabilo had a 4.5 incher but was out of the championship race.

“I thought I made it, but no,” said the Ibatan, who once caught a seven footer sting ray and a giant tuna that weighed more than 135 pounds in the Batanes waters. “The fishes are gone or in hiding that day. Catching was difficult,” said organizer Rafael Serrano after the competition. Payoyo will get PhP5,000 for his effort and a trophy, while Regalado and Tolero get PhP3,000 and PhP2,000
including a trophy for their second and third place finishes.

The December 18 competition is the third to be staged at the lake since the first during the Saleng Festival in June 12. The Baguio Day event last September 1 and the Christmas catching events will
be part of the four such events eyed at the lake, said Serrano. On March, the Bag-iw Anglers Club led by Serrano will have the Panagbenga Fishing Competition and with the three other events could form a quad tournament at the lake.

Some 36 anglers joined the Sunday event, which is the biggest so far. There were three batches with the batch winner advancing to the finals and the one with the biggest catch or most combined catches take the top podium. 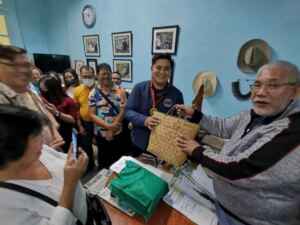 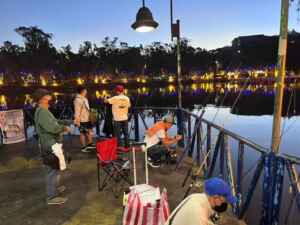