While on patrol on Sept. 26, 2022, one of our teams engaged a 36-year-old vagrant in a conversation along Session Rd. on why he had a cardboard sign begging for “pamasahe”. Finding out that he is from Naga City, Bicol, and worked at Cubao as a porter but was offered a better paying job here in Baguio City by viajeros as a construction worker. It was already too late when he found out that the offer was a scam resulting in him being homeless in our city. Our Enforcers guided him to the City Social Welfare and Development Office (CSWDO) to enlist for the Balik Probinsya Program. Being required a Barangay certificate wherein he was again escorted to Barangay Lower Magsaysay for a certification that he was indeed living in the streets. 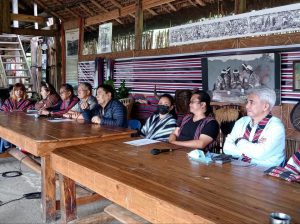