The Manila Southwoods completed another sweep in the Championship flights, their ninth straight Sunday at the Baguio Country Club and Camp John Hay courses in the 72nd Fil-Am Invitational Golf Tournament. Southwoods may have missed Aidric Chan, who flew to the United States for his
college exams, but the Fil Championship team with only four men was still the best in the six team flight scoring 128 points on the last day, finish with 541 and a 68 point margin. Carl Corpus claimed also the individual Group 1 title with his 2 under 146 points total after a closing round one under 60
for 37 points.

He was backstopped by Jae Hyung Jun with 34 while Gabe Manotoc and Kristoffer Arevalo added 30 and 29 points. Forest Hills 1 overtook SPES 1 for second place after a closing round of 116 for 473 and beating the latter by eight points. Rodel Mangulabnan paced Forest Hills with 30 points,
Edison Tabalin and Jose Inigo Raymundo made 29 a piece and Joshua Buenaventura chipped
in 28 to count. SPES had 28 from Marvin Mendoza, a pair of 27 from Bayani Jess Garcia and Peter Po and 22 from Justin Limjap for a total of 104 and 465 points.

At the CJH course, Southwoods B team closed with 138 points for 517 points and a 71 point margin on Royal Northwoods. The 14-year old Shinichi Suzuki and Marc Lu scored 35 points, while Lanz Uy and Leandro Bagtas tallied 34 points each to count for the defending champion. “We are really prepared for this competition and the boys are happy they won because of that,” said captain Thirdy Escano. Santino Pineda paced Northwoods with 35, Patrick Tambalque and Tristan Padilla
made 34 and 33, Alexander Crisostomo counted with a 29 for the team’s 128 and 446 aggregate.

Valley Golf completed a comeback to wrest third place from Riviera – Batangas Barakos with a closing round 127 and 433 total. Riviera closed with a 114 and 421 total. It was leading Valley by a point leading to the last round. Meanwhile, Baguio Country Club 1 completed its come back after a closing round of 85 and a 349 aggregate to take the Fil B crown. Philex Mining Corporation CEO Eulalio Austin paced the co-host squad with 26, Ryan Samonte, who made a hole in one, came up with 23, while Miguel Su Hai and Jjef Razon added 19 and 17 to count for BCC.

Crown Legacy also completed a come back by closing out with 88 for a 343 total to tie Cool Jocks which closed with a 78 but took the higher spot due to countback with its fifth man, Inocencio
Laranang scoring 16 and beat Cool Jocks’ fifth Ben Baniel who scored 14. Team Surigao Kairo
survived a two point penalty and won the Am B crown by a mere three points. Surigao closed with 104 points and an aggregate of 390. Mabalacat City Golfers closed with 106 and a 387 total to take second place, while Alpha Phi Omega Golfers Team Omega had 107 and 359 aggregate to finish third place. 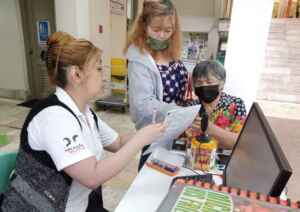