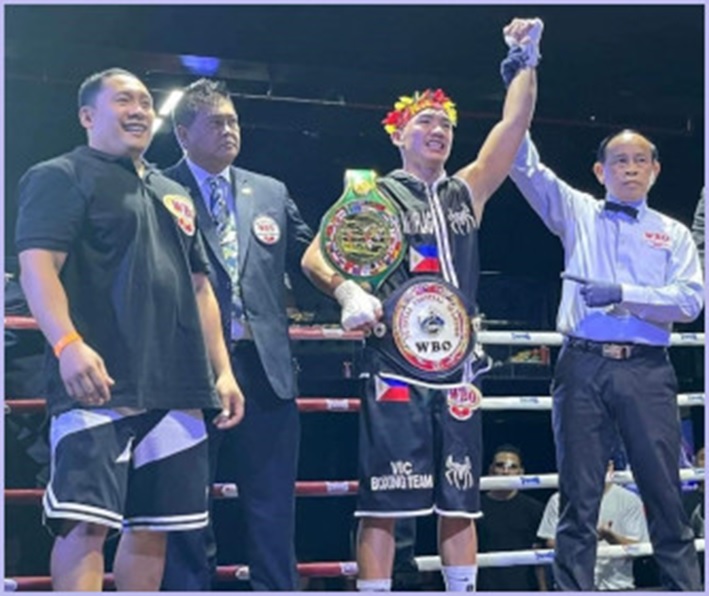 It was the 11th win for the Ifugao native, 10 of which coming by way of KO or TKO. He also has three losses and two draws. Prior the fight, Natuplag has improved on his lateral movements and improved on
his defense and offense. The 26-year old fighter also thanked his promoter and the Cordillera community of mostly overseas Filipino workers like him who are behind him in his quest including provision of financial assistance. Natuplag before the fight vowed to give his best performance in the fight against the Thai so he could bring home the crown.