Baguio City – Mayor Benjamin B. Magalong told no-vaccine advocates in the city to shut up and stop creating confusion among the residents who want to avail of the available vaccines to be spared from contracting severe Corona Virus Disease (COVID) 2019.

While he respects their decision not to be inoculated because of their own beliefs, the local chief executive stated that anti-vaccine advocates should better shut up instead of trying to aggressively recruit residents to join them which runs counter to the ongoing efforts of the government agencies and the local government to vaccinate as many people to achieve population protection and eventual herd immunity from the deadly virus.

He pointed out that the best weapon of the residents against contracting severe COVID-19 and preventing untimely deaths is for people to be fully vaccinated that is why the government is speeding up the ongoing mass vaccination program to spare the population from the more infectious Delta variant.

The mayor added that the implementation of stricter border controls following the declaration of the enhanced community quarantine (ECQ) in the National Capital Region (NCR) is just part of the strategy to delay the entry of the Delta variant in the city and to ensure that the city government is ready to confront the expected effect of the variant.

According to him, the situation in other areas in the country that have the Delta variant is really bad and the city government does not want the same situation to be experienced in the city when there will be future surges in COVID cases because of the entry of the said variant in the city, thus, the city is now implementing a comprehensive contingency plan against the more infectious variant to ensure preparedness of the local health care system and the frontliners.

Part of the city’s contingency plan on the Delta variant is the procurement of some 250 oxygen tanks, P8.1 million worth of anti-COVID medicines and supplies aside from the early enforcement of stricter border controls and the suspension of non-essential travels to the city for a period of 7 days.

The mayor explained that the ongoing implementation of the government’s mass vaccination program was instrumental in significantly reducing the number of COVID related deaths in the city over the past several months as 96 percent of the COVID-related deaths are not vaccinated individuals.

In April alone, the city recorded around 87 COVID related deaths when the vaccines have not yet been rolled out, before dropping to some 57 deaths in May and an average of 28 deaths monthly over the past 2 months when the vaccination had been already rolled out in the city.

He warned residents not to be complacent just because there is a decreasing number COVID cases in the city because the emerging threat of the Delta variant is now affecting some key cities in the country and the best that concerned government agencies and the local government can do is simply to delay the entry of the more infectious variant to allow the city to be ready for whatever any eventuality that may happen once the same will start infecting the populace in the future. 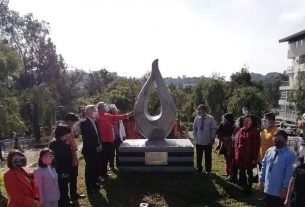