BAGUIO CITY – University of Baguio student and Olympic silver medalist Carlo Paalam had no problem
moving up weight as he won a gold medal in his latest foray in Jordan. Paalam stunned 2021 world championships silver medalist Makhmud Sabyrkhan of Kazakhstan and eke out a split decision to win the 54 kilogram gold medal in the ASBC Asian Elite Boxing Championships in Amman, Jordan over the weekend.

The flyweight silver medalist during the last Summer Olympic was clearly sharp even after moving up to
bantamweight in the Jordan games where he earned a 30-27 decision from a United Arab Emirates judge and identical 29-28 nods from three other judges from Slovakia, India and Ireland. Only one judge, from Italy, gave the fancied Kazakh fighter a 29-28 score. Paalam won a silver medal in the Tokyo Olympics had wins over Sanzhai Seidekmatov of Kyrgyzstan in the semifinals to pave the way for his fight
against Sabyrkhan in the finals. 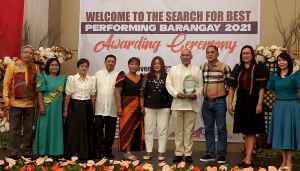