BAGUIO CITY – The City Council, during last Monday’s regular session, approved on first reading a proposed ordinance mandating pet owners to have their pets wear pet diapers before entering establishments such as malls, groceries, restaurants, and other similar establishments who chose to avail of the provisions of the measure.

Local legislators stated that pet owners whose pets are not wearing pet diapers will be disallowed and prohibited by establishment managers, their administrators, staff or security personnel from entering their respective businesses.

The council required establishments that opt to avail of the provisions of the ordinance to post signs in their entrances stating that ‘pet diapers are required in this establishment’ or other similar statements to inform their clients on the said matter.

Under the proposed ordinance, pet owners whose pets are not wearing pet diapers will be apprehended by establishment owners, their managers, staff or security personnel and will only be required to purchase a pet diaper for their pets before allowing them enter their respective businesses or similar establishments who impose the provisions of the measure.

According to the council, if for some reason, the pet diaper may have been dislodged, remove by the pet, without the pet owner noticing or any other reason that did not prevent the pet from urinating or excreting their at, P500 may be charged by the establishment owner for urinating and P1,000 for excretion.

Further, pet owners are also required to clean the mess of their pets, including disinfecting the affected areas. The council pointed out that having pets wear diapers is reflective of responsible pet ownership and utmost courtesy to others, especially in public places.

The body disclosed that it has been observed that some pet owners who bring their pets to malls and other establishments do not have their pets wear the prescribed diapers which is supposed to be intended to prevent their pets from urinating or excreting whenever and wherever. The local legislative body argued that even if pet owners manage to clean up after their pets mess, the incidents cause undue inconvenience to many mall goers, restaurant clients, or those who are currently in the area where they are.

The council asserted that having pets wear diapers will not only be convenient to the pet owners but more importantly to those within close proximity to them. The mandatory waring of pet diapers imposed by the city is part of its ongoing advocacy for responsible pet ownership so that pet owners will be compelled to ensure that they also practice good hygiene for their pets that go with them wherever they go in the different establishments around the city.

The proposed ordinance was referred to the appropriate committee for study and recommendation on whether the same will be passed on second and third readings based on the internal rules and procedures of the council. 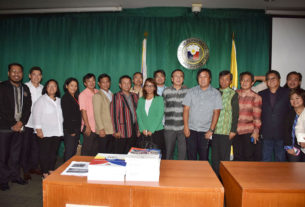