BAGUIO CITY – In recognition of the proactive COVID – 19 response of the City Government and of Baguio’s important role of being the health referral center for Cordillera and the nearby regions, private donors have turned-over 100 oxygen (filled) tanks and 100 regulators here Tuesday, November 16, 2021.

The donations were turned over to Baguio City officials led by Mayor Benjamin Magalong at the Baguio Convention Center. The mayor expressed gratitude to the donors in behalf of the city of Baguio saying it will surely be a big help in the city’s fight against COVID – 19.

Magalong said that when the Delta variant caused a surge in the city, oxygen is the primary supply that was needed. With these additional tanks filled with oxygen and with regulators, it will give us more confidence in terms of preparedness for possible surge in new cases, he said.

Mondiguing shared that “Hangin ko, Buhay Mo” project started when during the surge of COVID – 19 cases they saw hospitals filled with patients and many awaiting for the availability of oxygen supply.

She said they are piloting the project in Baguio with the city being the referral center for Cordillera and the nearby regions, and the pro-active response actions of the city government under the leadership of Magalong. More people will benefit from their initiative.

Meanwhile, the mayor bared that the city government remains on top of the situation in COVID – 19 case management and that situation in Baguio is very much improving with lower positivity rate. New confirmed cases and death cases are also on the down trend. 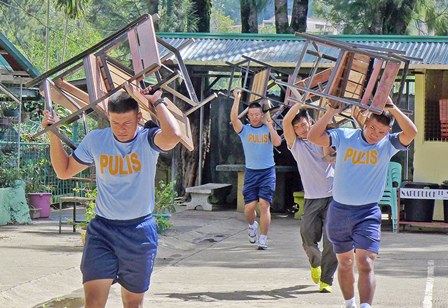