A cooperative is batting to become the first producer of local weaves in Ilocos Sur. The Suyo Multi-Purpose
Cooperative (SMPC) has launched a new brand of handwoven apparel produced by members opening new business for the municipality of Suyo in Ilocos Sur. SMPC led by Chief Executive Officer, Romulus
Arcano said “weaving in the small town began in the 1970’s but never took off as a business and was confined to community and home use of fabrics, which inspired the cooperative to revive the craft and train a new generation of weaver and tailors.”

Arcano said there are 8 weavers and 12 tailors trained and mentored by experts from Ilocos, Benguet and Dubai based talents who produced the first set of fabric to apparel collection dubbed as the “Namunganayan,” (a return to origins). The hand-woven pieces were made from scratch by a combination of Suyo elders and youth who have taken it upon themselves to revive the weaving industry and become
an economically beneficial enterprise under the SMPC.

Arcano said the cooperative with 21,000 members and operates in Region 1 and CAR largely relied on lending and agriculture since 1973, has taken on the weaving enterprise as its newest investment, aiming to produce their own cotton with a hectare of land ready for planting as the newly trained tailors and weaver continue to produce fabric. The eventual operation of the SMPC cotton farm will also feature fabric dying and design of clothes and bags and will be marketed in local and international markets.

Eros Goze, designer, mentor and consultant of the SMPC said the collection consists of over 30 pieces of dresses, blazers, barong tagalogs for men and women with rattan bags accessorized by the Suyo fabric.
The Suyo Weavers and Tailors team completed the Phase 2 of what was dubbed as the “Cotton Project,” Goze at the helm championing wearable apparel, staging the supposed simple graduation of the team to
become the first abric Exhibition and Dinner Show of the town.

The exhibition – fashion show highlighted the Suyo collection with local models trained to sashay the catwalk, October 21, 2022. Goze said “The Suyo collection is distinct and original, the colors and fabric has been handmade and designed in collaboration with the community.” 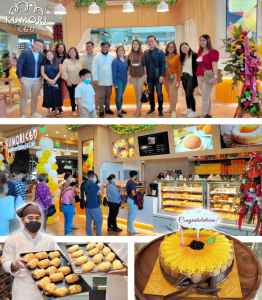